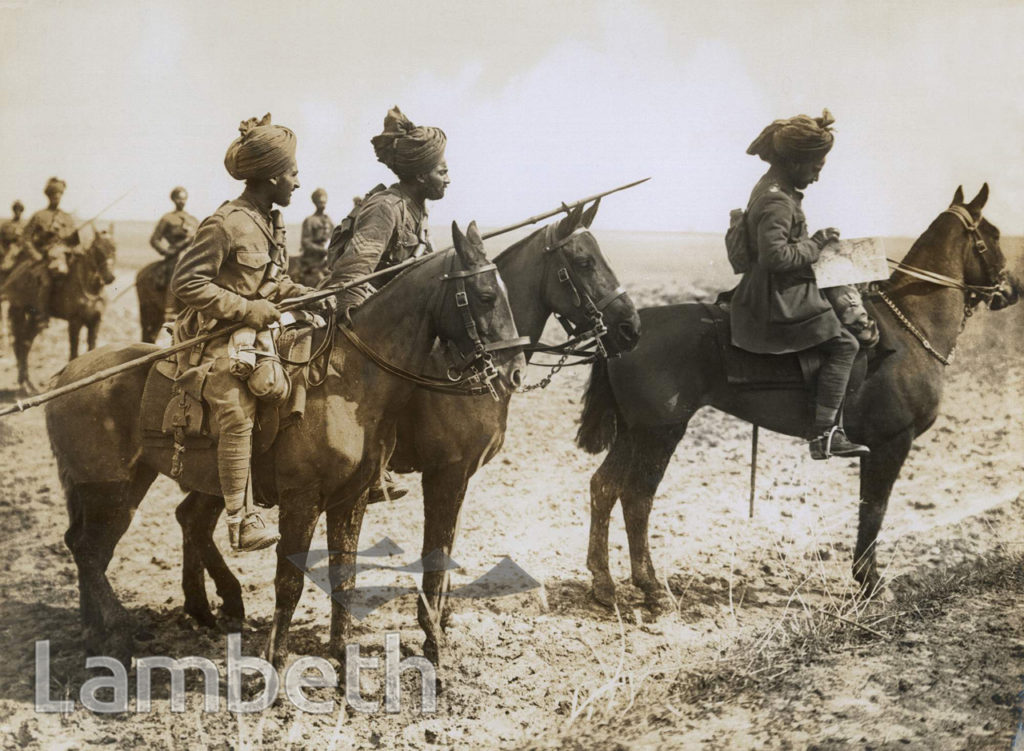 An official WWI photograph from the archive of the First Surrey Rifles captioned: 'Indian Cavalry'. Shows the forward scouts of the 9th Hodson's Horse Bengal Lancers of the Indian Army, near Uraignes. Photograph by Ernest Brooks.Ref: IV 36/11/6 C1570