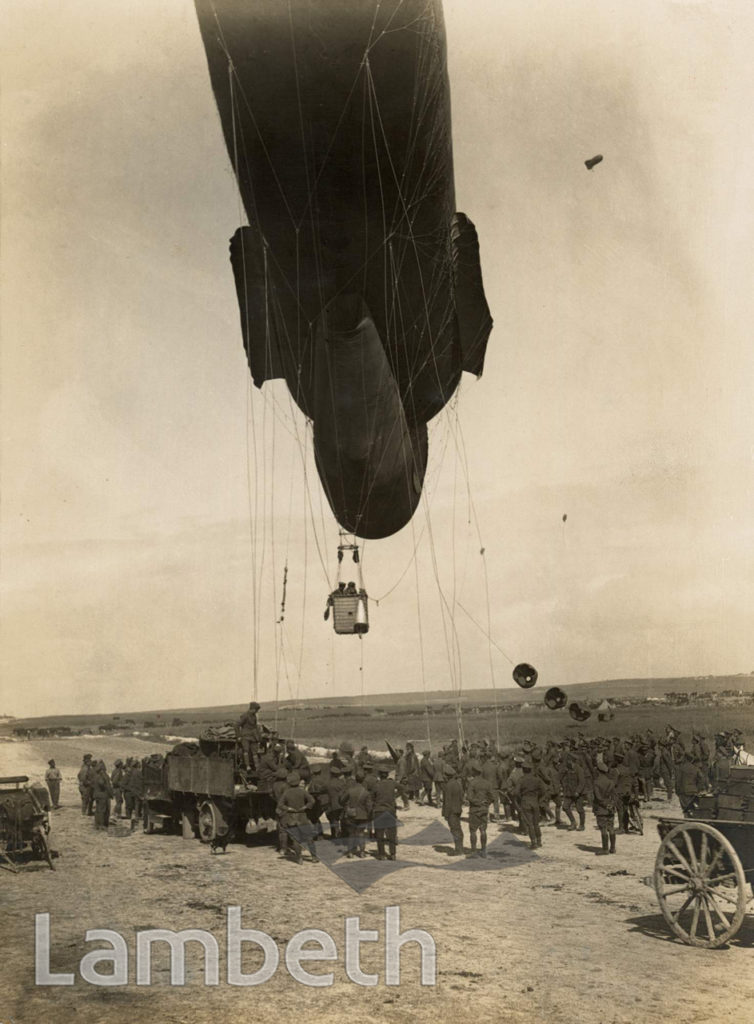 An official WWI photograph from the archive of the First Surrey Rifles captioned: 'Official photograph taken during the British advance in the West. Kite ballon ascending. 10/7/16'. The balloon was used as aerial observation post.Ref: IV 36/11/6 C1570