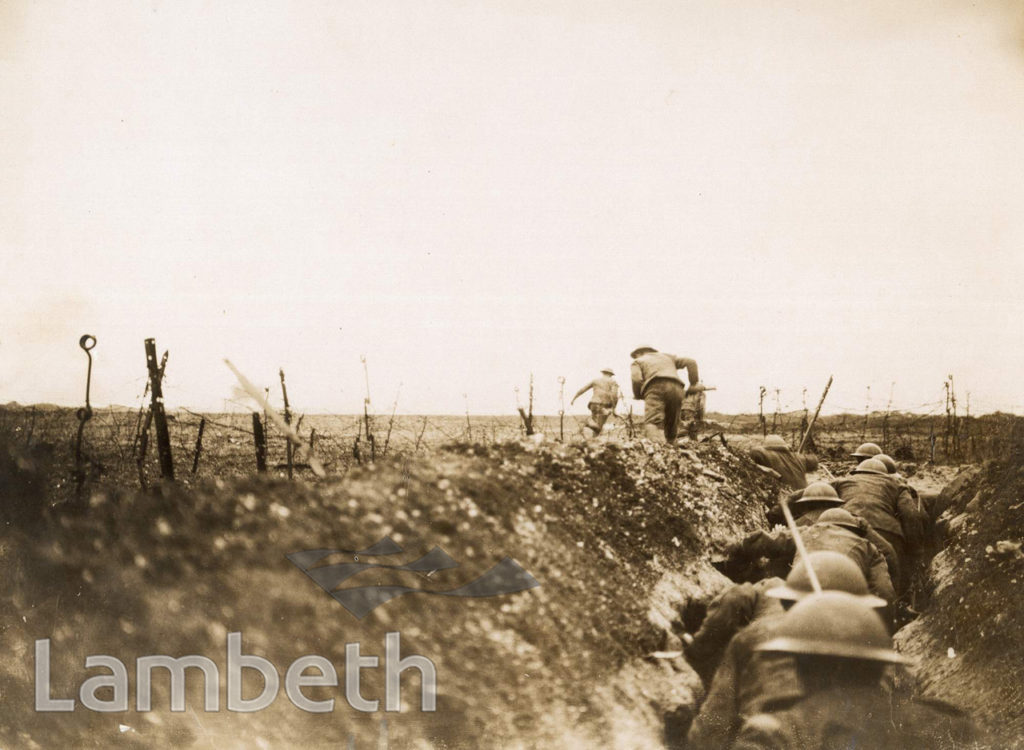 An official WWI photograph from the archive of the First Surrey Rifles captioned: 'The great British advance in the West. The raiding party getting clear of a sap and racing towards the Boche trenches'. This rare 'over the top' photograph shows the 10th Battalion of the Scottish Rifles (Cameronians) making for the German lines near Arras, as they withdrew to the Hindenburgh Line. John Brooke the photographer, followed the troops into the trench, when a shell fell short and killed seven of the men. Dated as 24th March 1917.Ref: IV 36/11/6/D1158