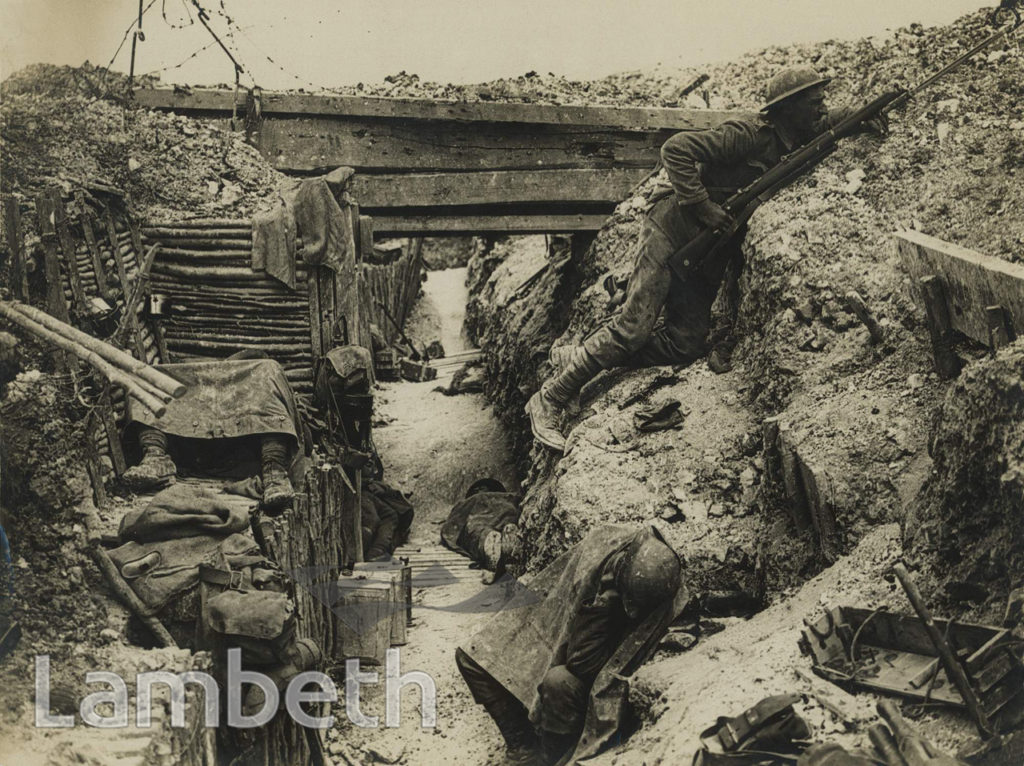 An official WWI photograph from the archive of the First Surrey Rifles captioned: 'View of trenches, Ovillers. Someone always on the look-out, July 1916'. The scene is on the Albert to Bapaume road at Ovillers-la-Boiselle on the Somme and was previously a German trench.Ref: IV 36/11/6 D.22