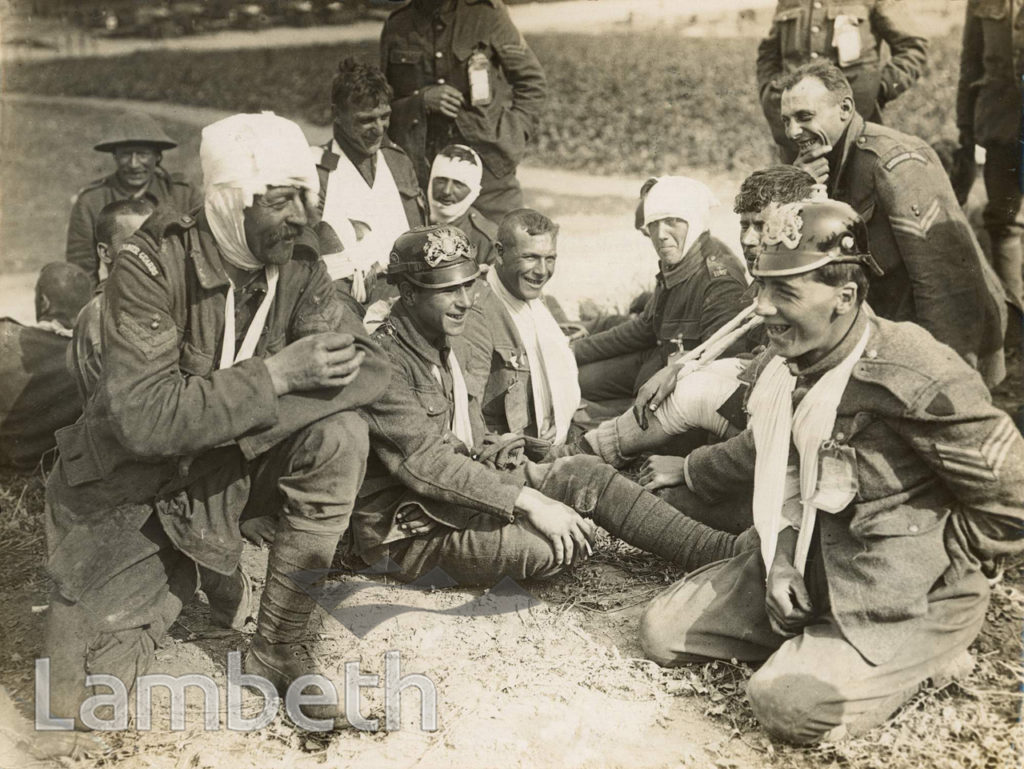 An official WWI photograph from the archive of the First Surrey Rifles captioned: 'A Guardsman enjoying a joke with another wounded Tommy'. The soldier is from the Grenadier Guards and other soldiers appear to in fact be wearing French uniform helmets.Ref: IV 36/11/6 D755