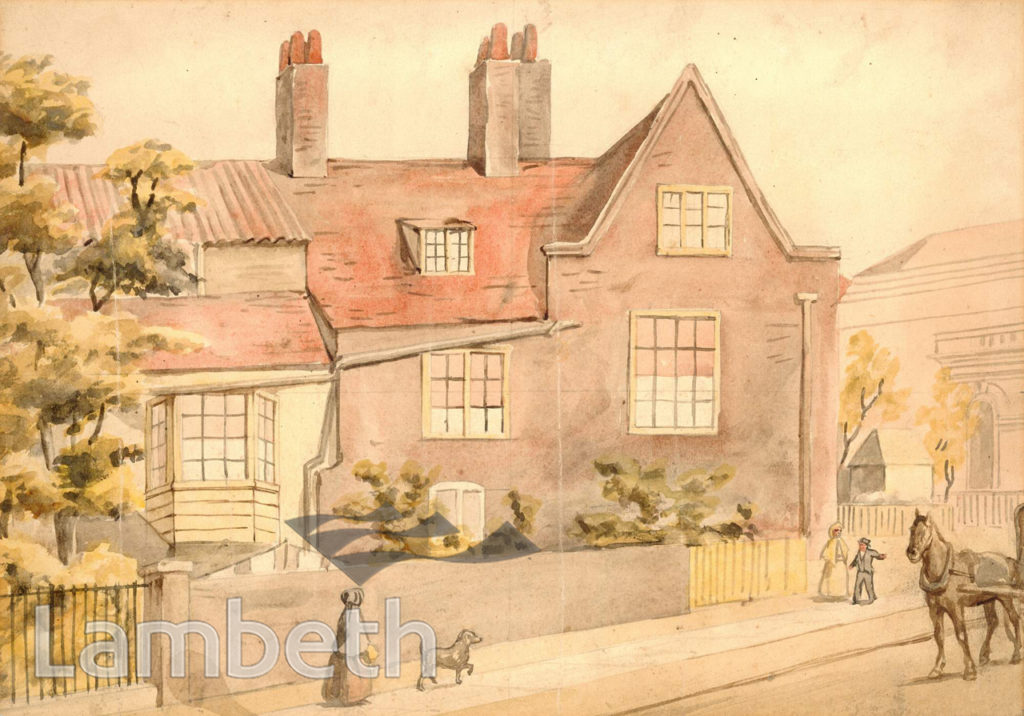 Old houses in Kennington Road opposite Vestry Hall. The gabled building was formerly an old Post House and the row of cottages beyond were sometimes known as the 'Plague Cottages', so called because they were used as a mortuary for victims of the Great Plague when they were half built. They were demolished in the late 19th century.Watercolour by unknown artist.Ref: LP13/188/POS.1