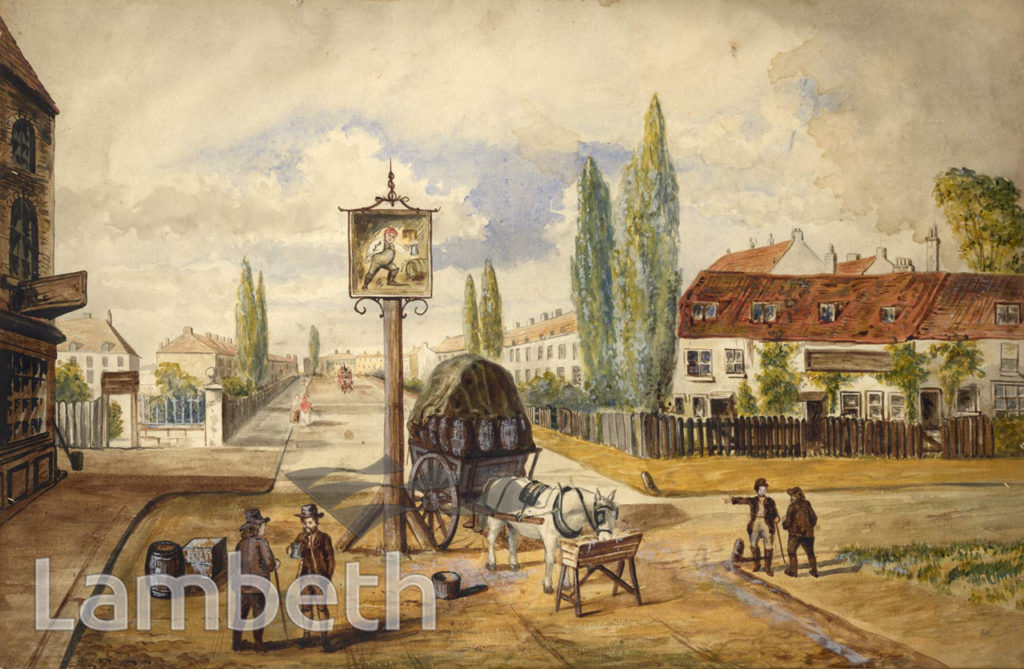 An idealised Victorian watercolour, looking north up Kennington Road from Kennington Green depicting how it would have appeared in the late 18th century, showing a house on the right that was 'once a post house'. The Vestry Hall was built in 1853 on the right and the public house opposite is perhaps The Cock. An identical engraving was published c.1883 and titled 'Kennington From the Green in 1780'.Ref: LP13/170/KEN.R.1