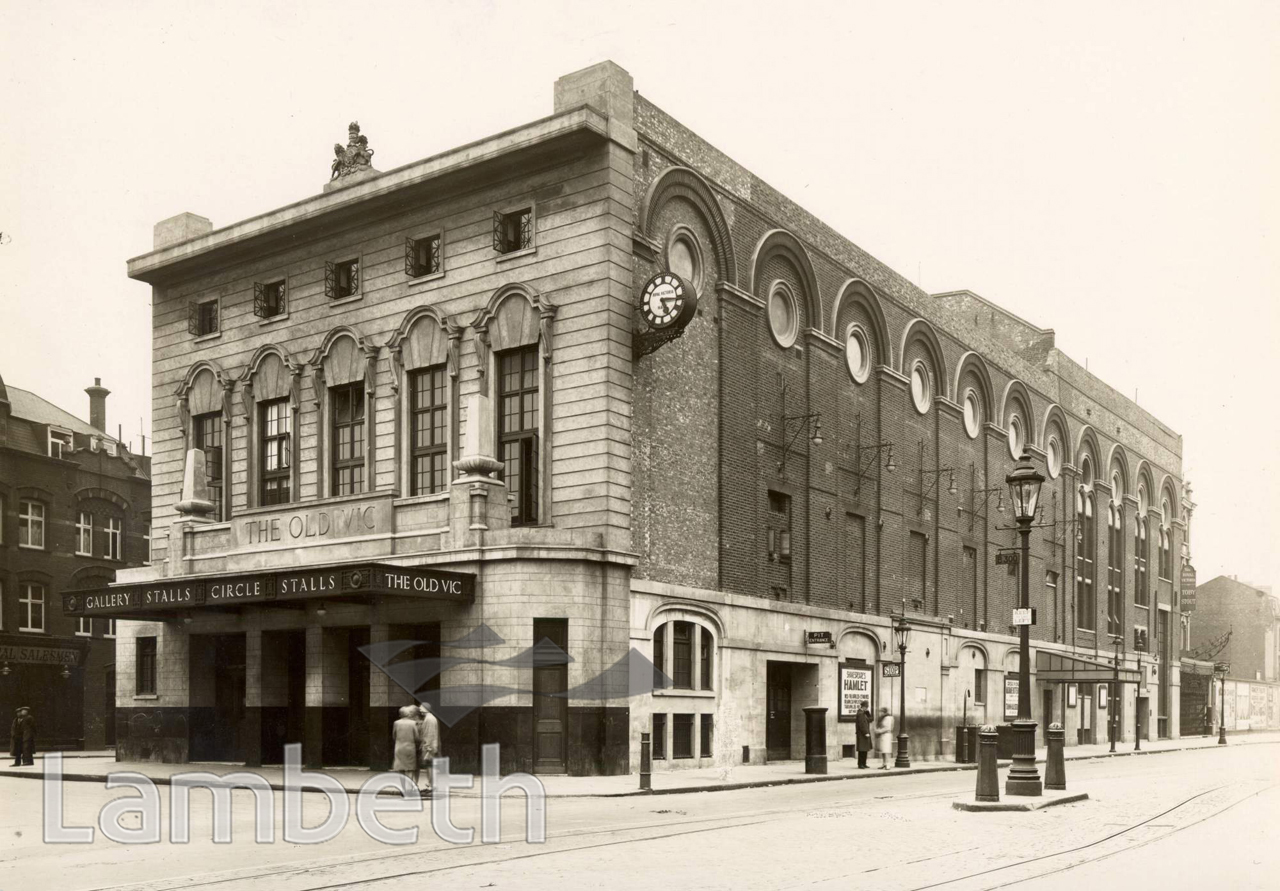 The Old Vic, was opened in 1818 as the Royal Coburg Theatre and was renamed the Royal Victoria Theatre in 1833. The theatre closed down in 1880 and was taken over by a social reformer, Emma Cons, who reopened it later that year as a more respectable establishment called 'The Royal Victoria Hall and Coffee Tavern'. Emma Cons' niece Lilian Baylis took over the theatre in 1912 establishing it as a succesful venue for serious drama by 1935. Following bomb damage in the Blitz in May 1941, it reopened in 1950.
#1926 - 1950  #BAYLIS- Lilian  #BUILDINGS / ARCHITECTURE  #ENTERTAINMENT  #Photograph  #WATERLOO
⇐THOMAS BABINGTO...