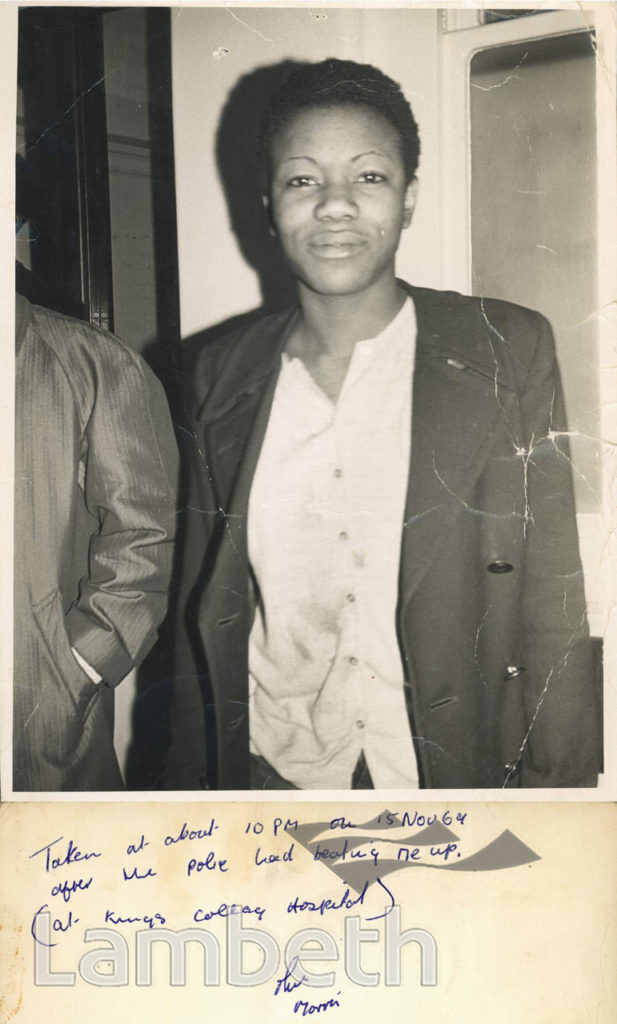 A photograph of Olive Morris annotated by her; 'Taken at about 10pm 15th Nov 69 after the police had beaten me up (at Kings College Hospital)'. Olive was born in 1952 in Jamaica and emigrated to Britain aged nine, later becoming involved with community activism as a member of the Brixton Youth Section of the British Black Panther Movement. She was the co-founder of the Brixton Black Women's Group in 1974 and after studying at Manchester University, she worked at the Brixton Law Centre. She died aged just 27 and is buried in Streatham Vale Cemetery.Ref: IV/279/1/3/1