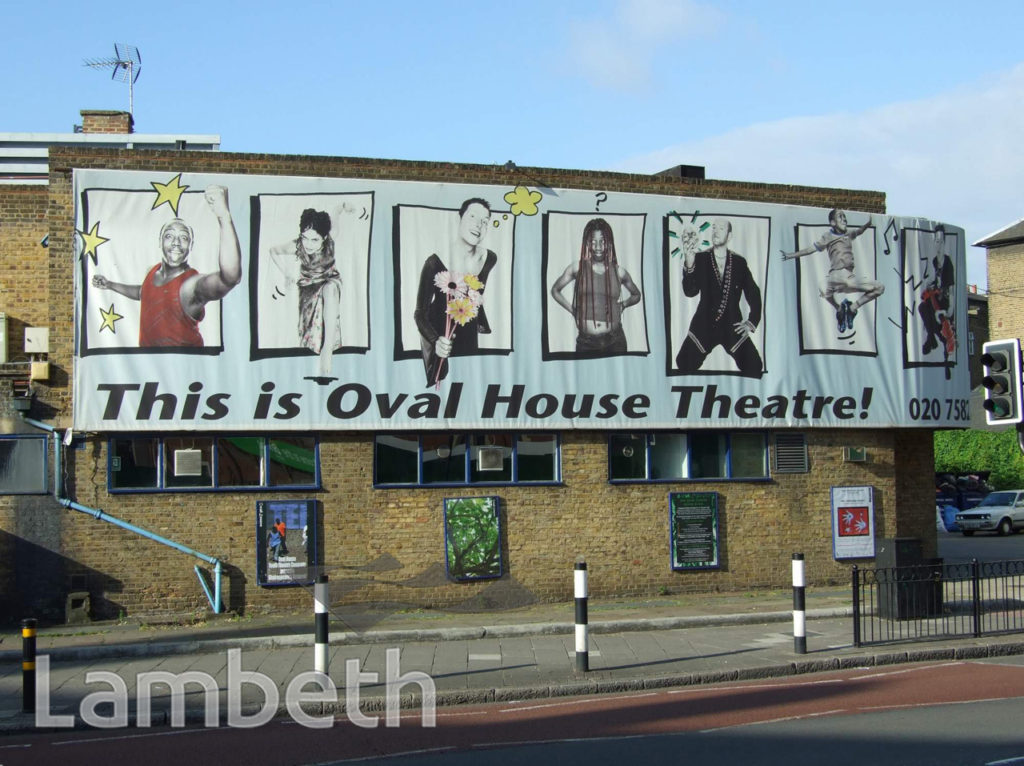 The Oval House Theatre, 52-54 Kennington Oval, was first founded c.1930 as the Christ Church (Oxford) Club. Over the years it developed a reputation as an important centre for pioneering fringe theatre from the 1960s onwards, notably for gay and lesbian plays in the 1970s-80s, and Black and Asian theatre in the 1990s. Prominent 'old boys' include Pierce Brosnan and Tim Roth.Digital photograph dated 15th July 2008.Ref: D86/61