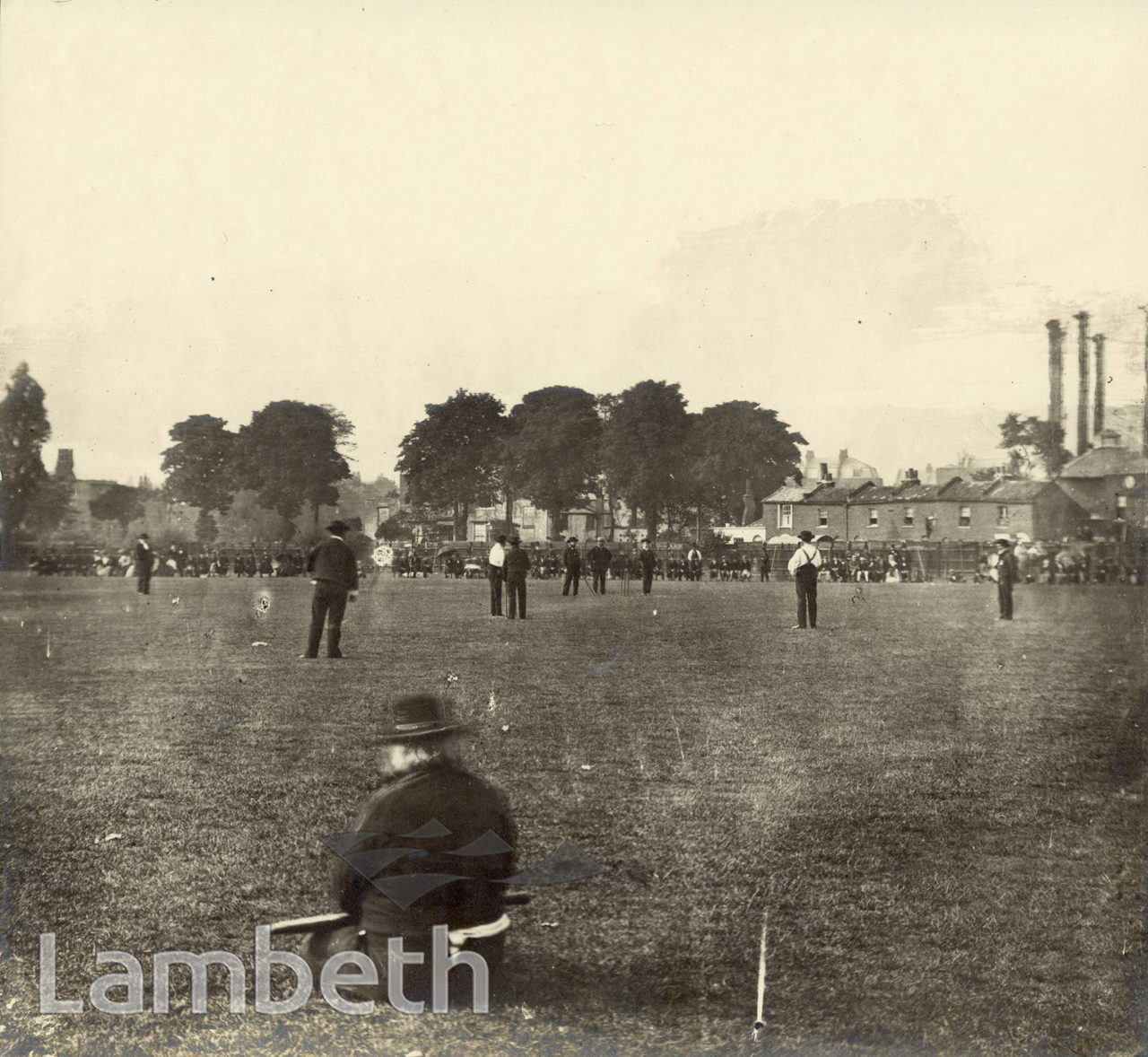 Spectators watching a cricket match at the Oval. The diary of Mr Briant notes for March 1845: ' The nursery ground, the Oval, Kennington was taken for a cricket ground by Mr Houghton, the president of the Montpelier Club, from the Bee-hive, Walworth; 31 years lease at Â£120; taxes about Â£20. Turf laid by Mr South, greengrocer'. Charles Woolley comments in 1915: 'The present terracing and other improvements at the Oval, including the abolition of the old Tavern with the upstairs players'-room, and the old Racquet Court at the entrance, is mainly the result of profitable visits paid by Australian teams of cricketers.' Part of the Phoenix gasworks can be seen on the extreme right, who purchased their site in 1847 from the Vauxhall Waterworks Company. Photograph by William Strudwick (1834-1910).
#1850 - 1875  #KENNINGTON  #People  #Photograph  #RECREATION AND LEISURE  #SPORT  #Strudwick Photographer
⇐PLAGUE HOUSES, ...