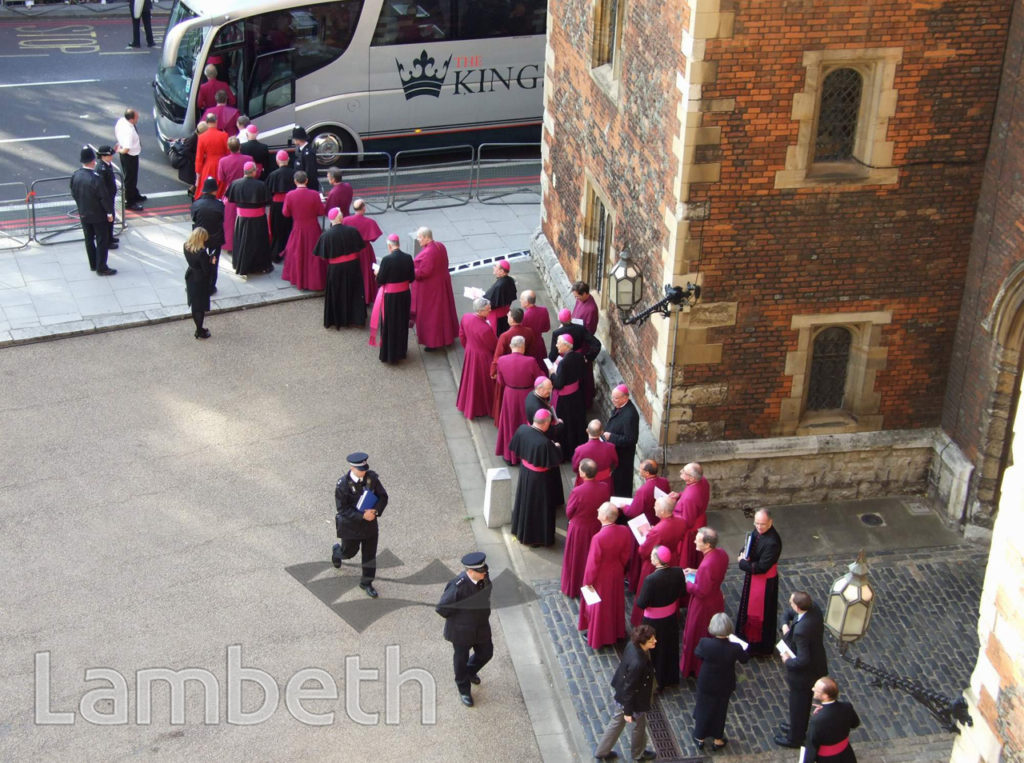 Diocesan bishops from the Church of England and the Roman Catholic Church in England & Wales leave Lambeth Palace after being addressed by Pope Benedict XVI. His visit on 17th September 2010, was the first ever by a Pope to Lambeth Palace, where he was greeted by Dr Rowan Williams, the Archbishop of Canterbury.Digital photograph dated 17th September 2010.Ref: D123/46