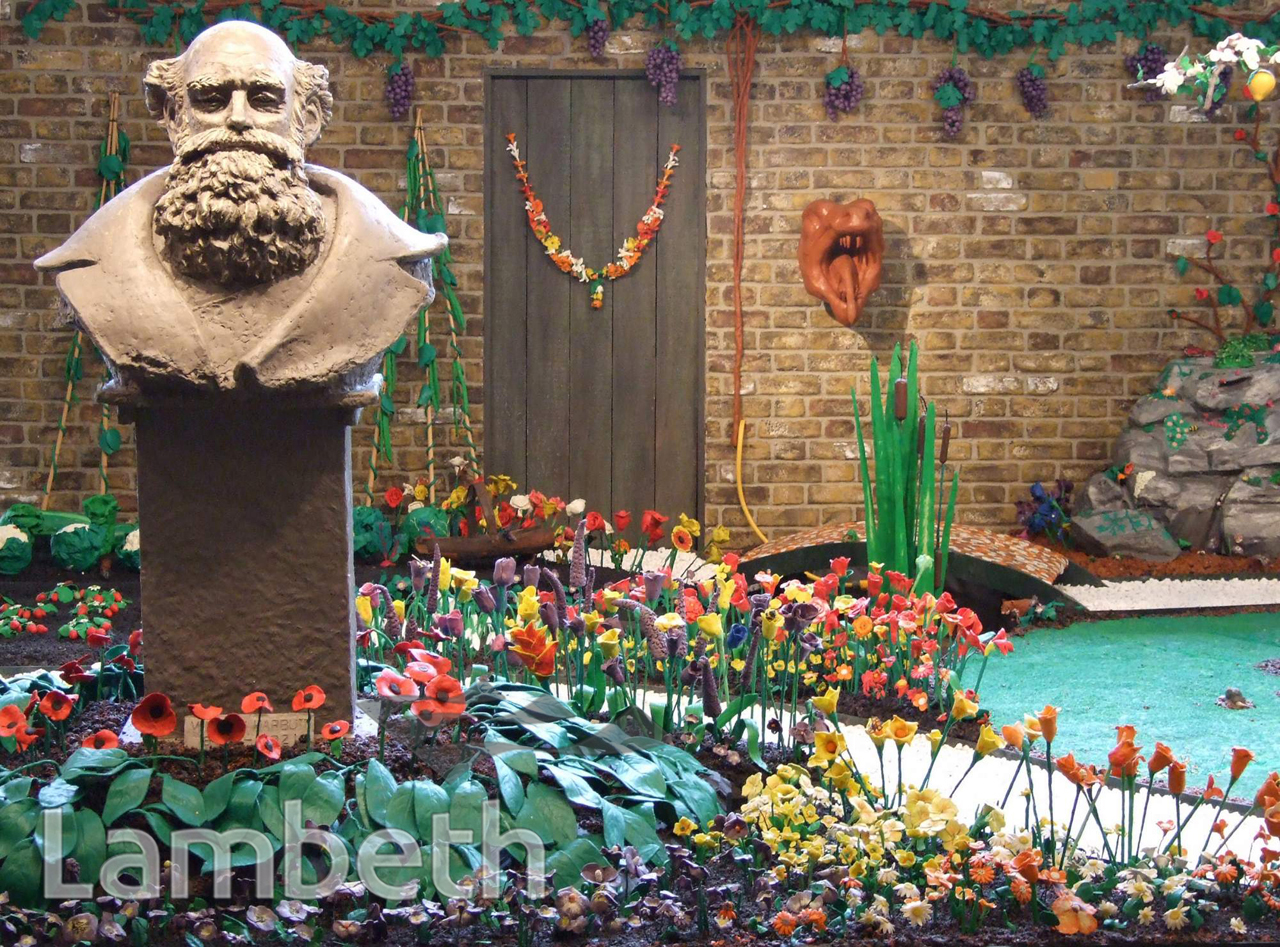 'Paradise in Plasticine', a sculpted art installation depicting a garden, on display at the Royal Festival Hall. The installation was designed by TV presenter James May, Chris Collins, Jane McAdam Freud and Julian Fullalove for a BBC television series 'Toy Stories', and was also exhibited at the 2009 Chelsea Flower Show (winning a gold plasticine medal). It was created with the assistance of almost 2,000 people, including pupils from the Stockwell Park High School in Lambeth. The statue is of William Harbutt (1844-1921) a teacher who invented plasticine in the late 19th century.Digital photograph dated 21st June 2009
#1976 to date  #Digital  #ENTERTAINMENT  #WATERLOO
⇐CHARLIE CHAPLIN...