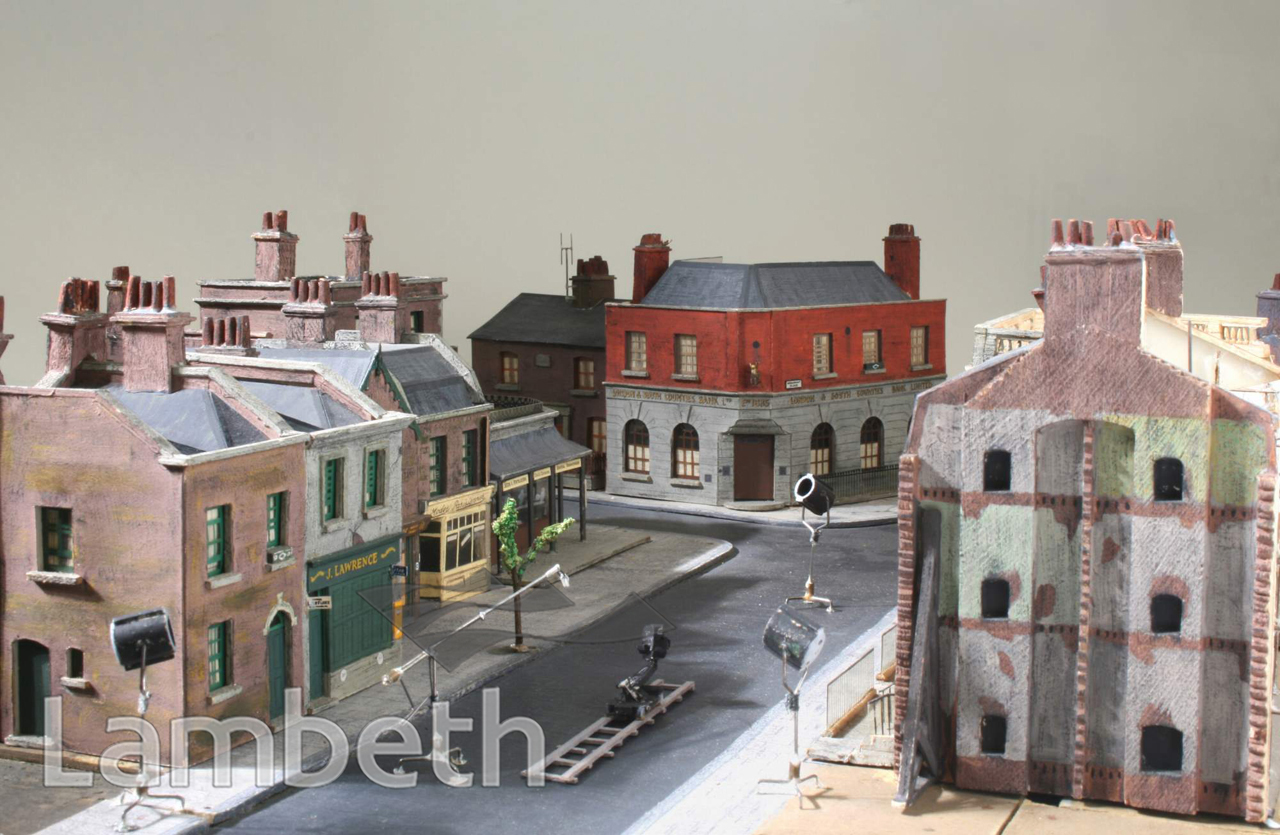 Scale model of the film set constructed in Lambeth for the Ealing Studio's comedy 'Passport to Pimlico'. The model was created by twin brothers Bernard and Reginald King in the spring of 1949 with assistance from the studio's art department and used in south London cinemas as publicity for the film. The set was built on a bombsite off Lambeth Road in 1948 and supposedly depicted Miramont Place, Pimlico.Digital photograph taken April 2009
#1926 - 1950  #Digital  #ENTERTAINMENT  #LAMBETH
⇐ARTWORK INSTALL...