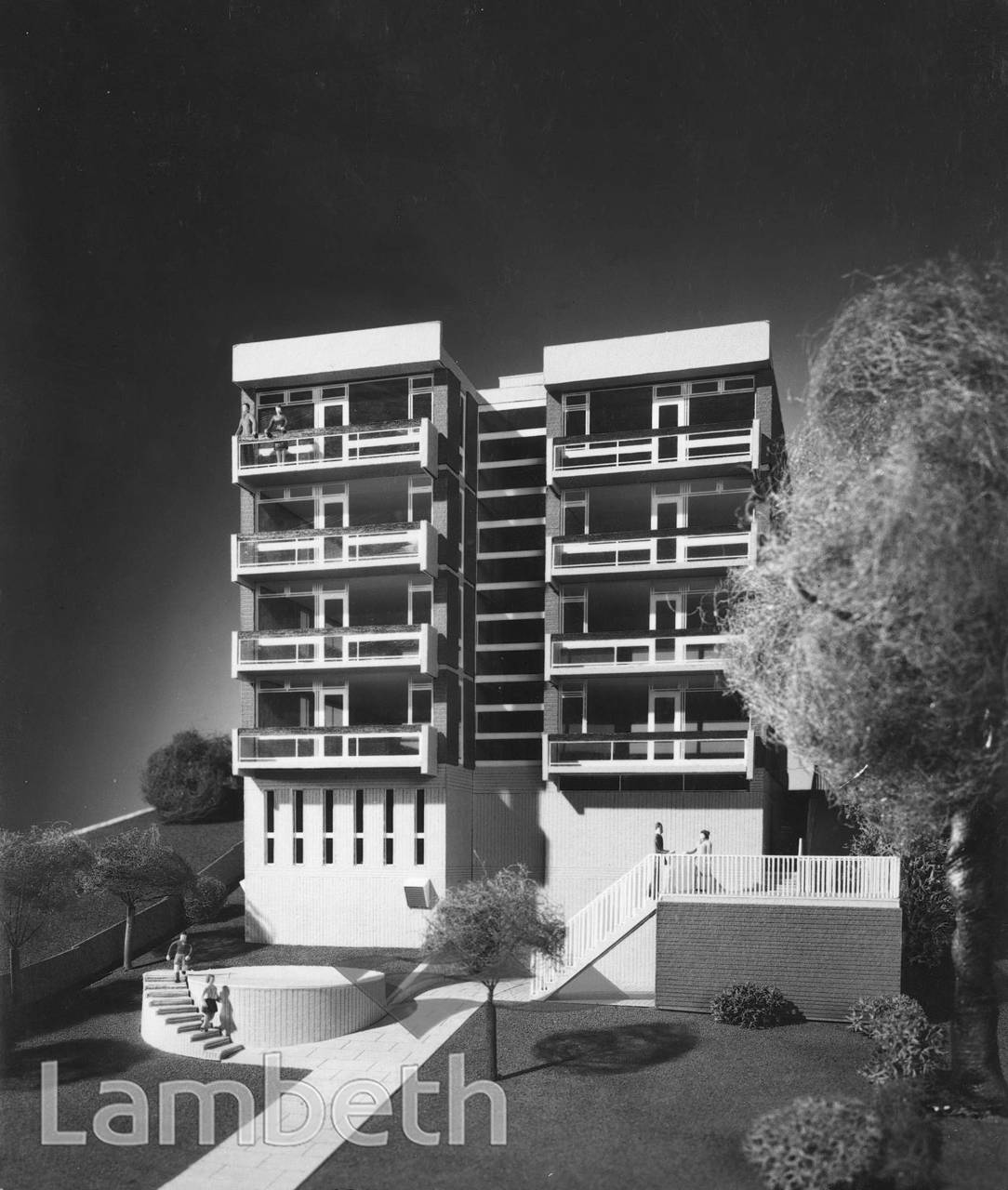 A model of Pear Tree House in Lunham Road, Upper Norwood, Lambeth's former Civil Defence building built between 1963-1966. Designed as an 18-room bunker below a block of eight flats and initially as a control centre for Civil Defence Region 53a. However, in the late 1980's 'nuclear-free' Lambeth, as landlords, threatened the Civil Defence Authority with eviction, although a compromise was reached and it was not until 1993 that they vacated. The bunker is entered through a blast door into the 'Intake Room' - it also included a Radio Room, Health & Welfare Rooms, Communications Centre and a Control Room. Photograph by John Maltby
#1976 to date  #BUILDINGS / ARCHITECTURE  #HOUSING  #LOCAL GOVERNMENT  #Photograph  #UPPER NORWOOD
⇐MOORLANDS ESTAT... 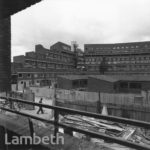