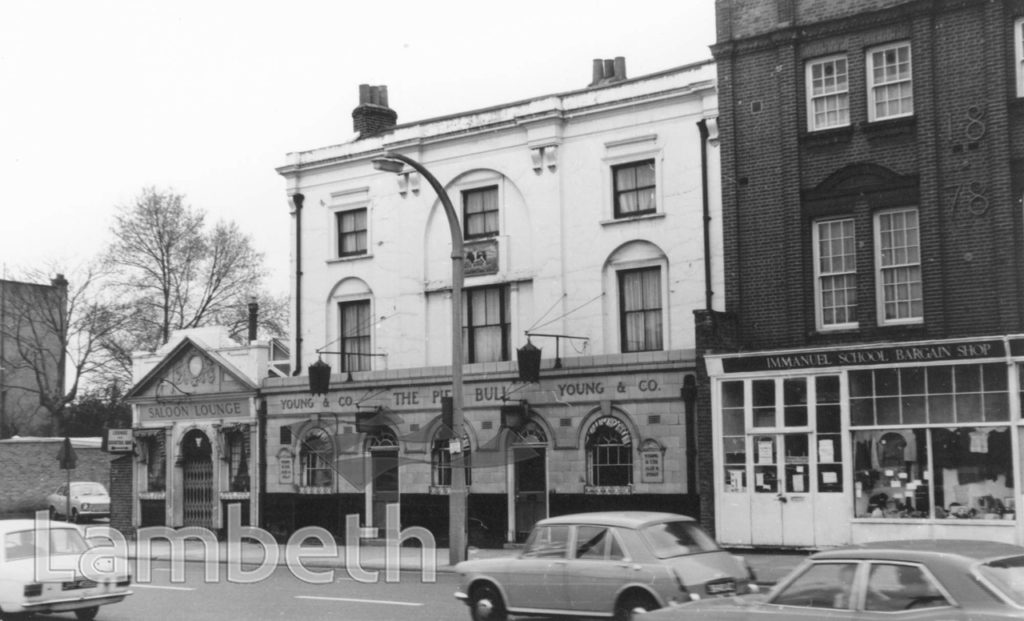 The Pied Bull public house adjacent to Streatham Common. The building adjacent on the right was originally known as the Beehive Coffee tavern, built in 1878/1879 by the temperance movement to provide an alternative non-alcoholic attraction for the adjoining factory workers. When the coffee movement collapsed, the building became part of P. B. Cow's rubber factory. The Beehive survives today as a solicitors office and a day nursery, while people continue to quench their thirst next door at the Pied Bull, as they have done for more than 250 years.Digital image by kind permission of Graham Gower.Ref: SPd 4080/115