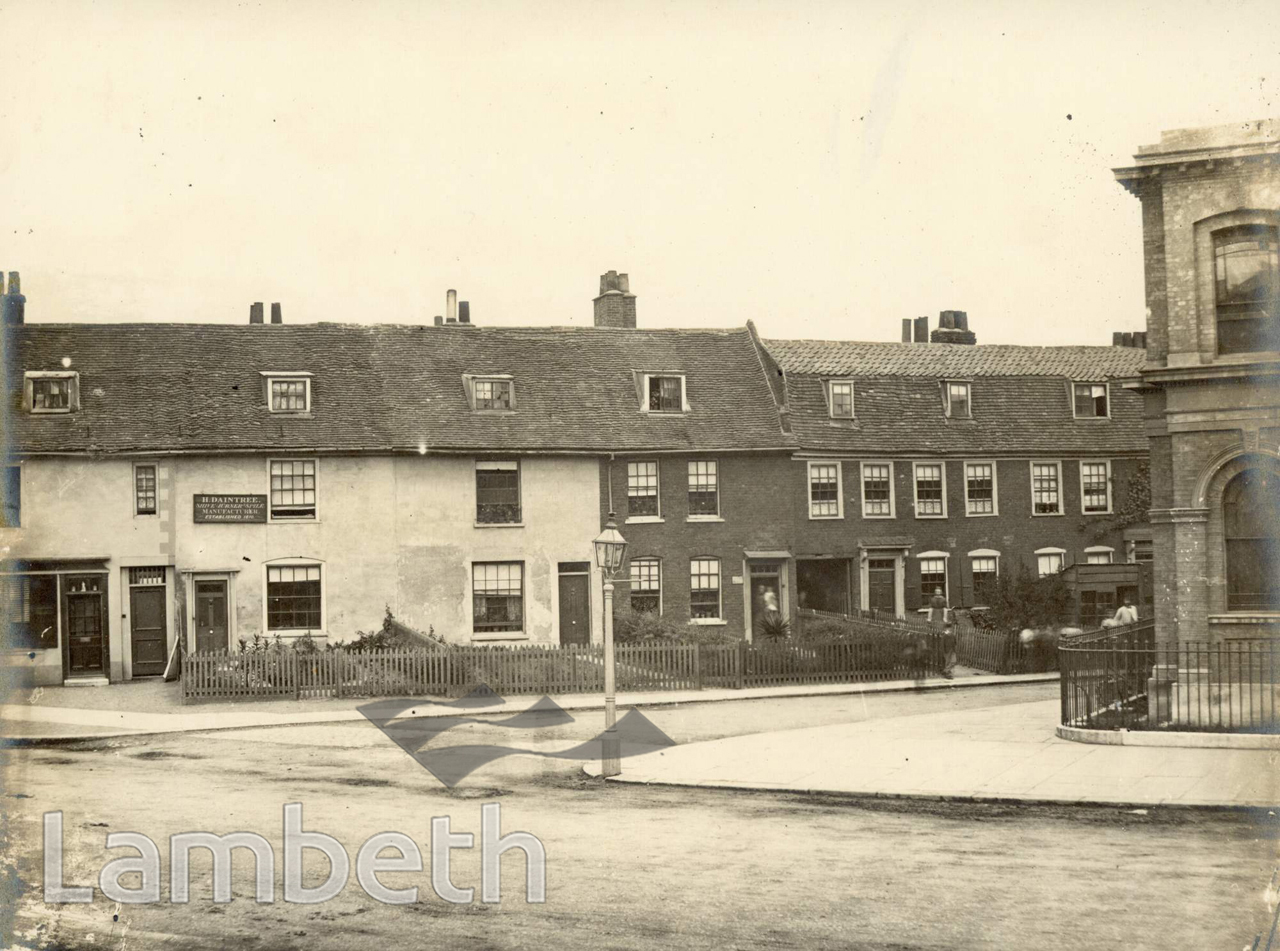 The 'Old Plague Houses', Kennington Road, so called because they were used as a mortuary for victims of the Great Plague. They were demolished in the late 19th century, although the old Vestry Hall opposite, still survives. The house to the left belongs to H. Daintree, 'Shive, Turner & Spile Manufacturer'. Photograph by William Strudwick (1834-1910).
#1850 - 1875  #BUILDINGS / ARCHITECTURE  #HOUSING  #KENNINGTON  #Photograph  #Strudwick Photographer
⇐PLAGUE HOUSES, ...