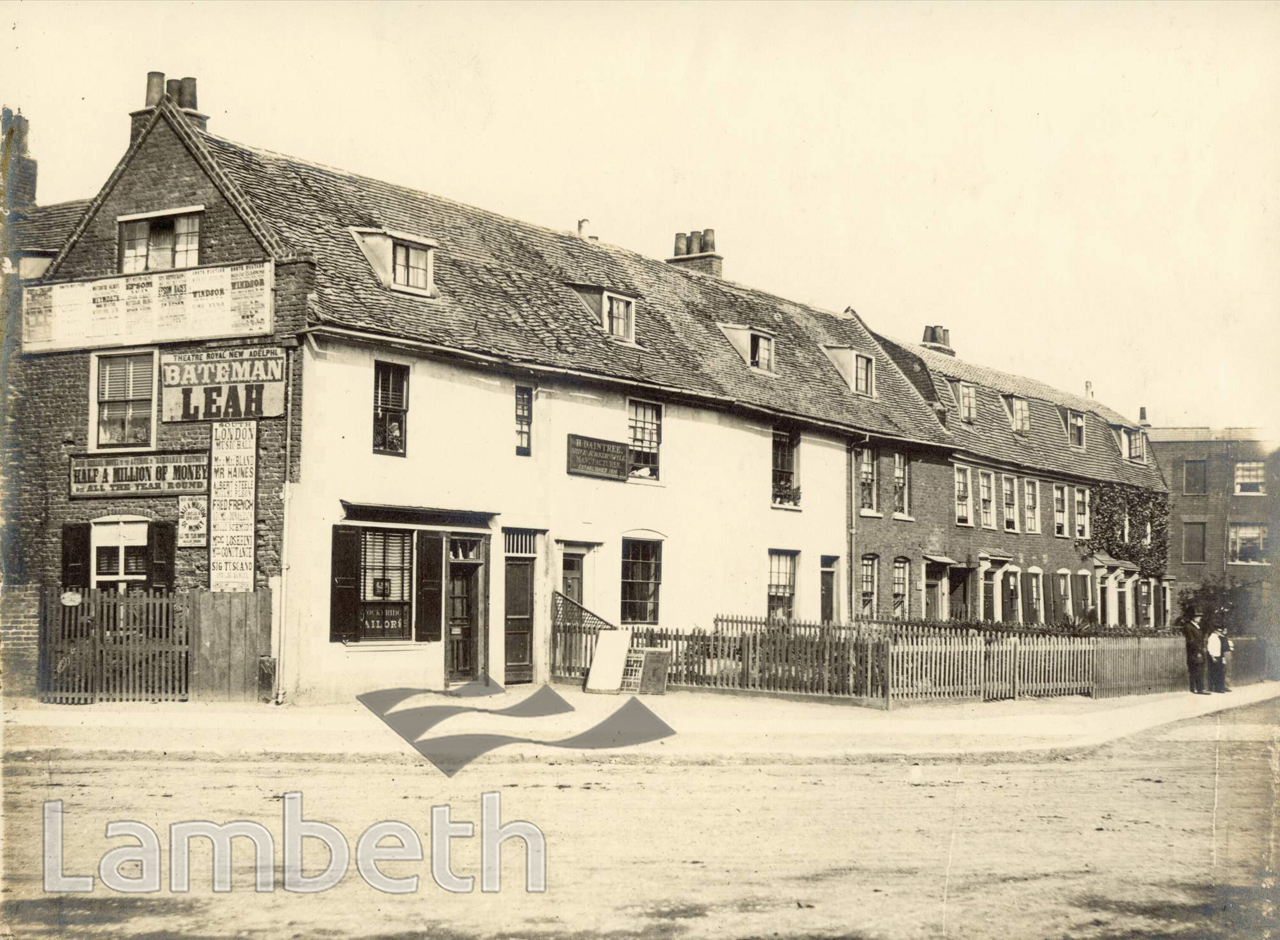 The 'Old Plague Houses', Kennington Road, across the street facing the north side of the Vestry Hall (Old Town Hall). So called because they were used as a mortuary for victims of the Great Plague when they were half completed. They were demolished in the late 19th century. The end house is the premises of Stockbridge, Tailor, and adjacent that of H. Daintree - 'Shive, Turner and Spile Manufacturer'. This photograph was taken by William Strudwick (1834-1910) using the 'wet plate' method in a home-made portable studio.
#1850 - 1875  #BUILDINGS / ARCHITECTURE  #HOUSING  #KENNINGTON  #Photograph  #STREET FURNITURE
⇐UPPER FORE STRE...