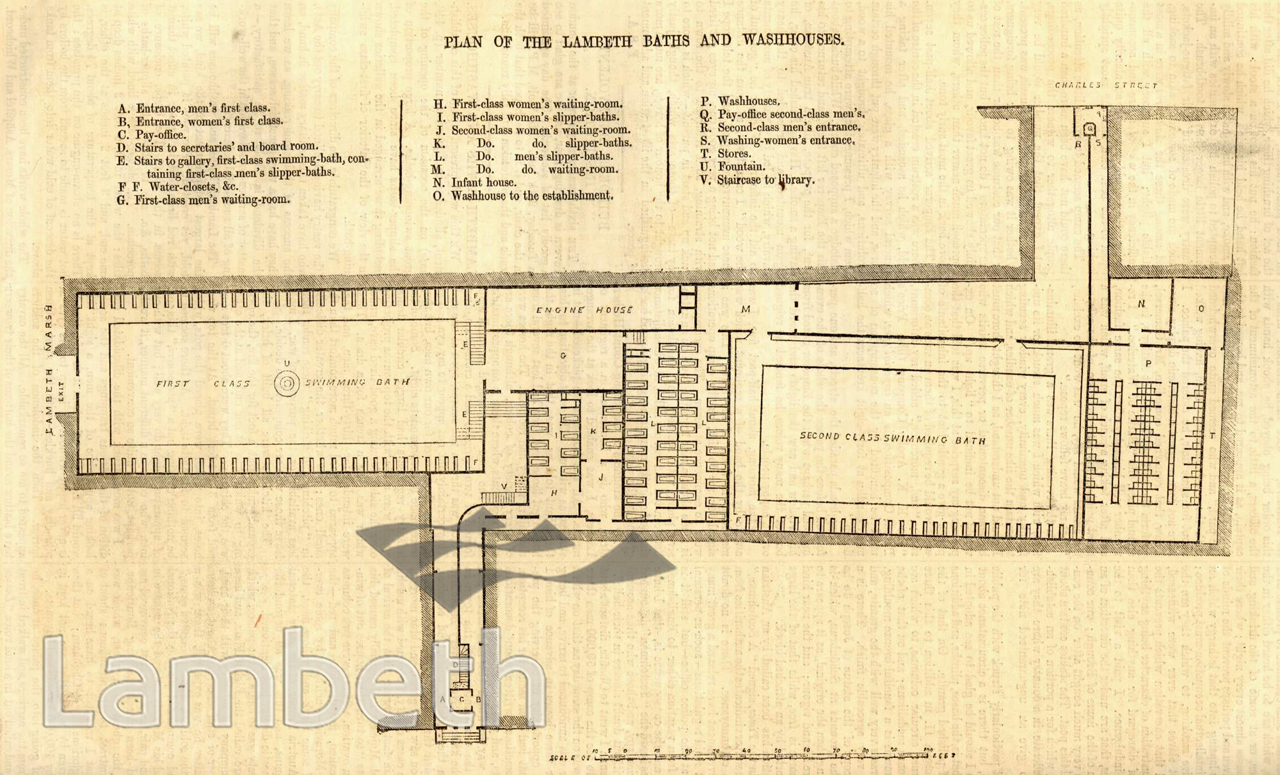 A plan of Lambeth Baths and Wash-houses at 165 Westminster Bridge Road. As Lambeth Vestry had declined to carry out the Public Washhouses Act, the baths were built in 1853 by a private company and were considered then the largest establishment of their kind. They included first & second class swimming pools and slipper baths, although women were not permitted to swim in the pools. There was also a separate entrance for 'Washing-women' who did laundry in the Washhouse and adjacent to it was an 'Infant house' for the care of their children. The contractors were Messrs Ashpitel & Whichcord and they survived until the early 20th century.Engraving from The Builder, Vol.11, 8 October 1853.
#1850 - 1875  #BUILDINGS / ARCHITECTURE  #Engraving  #HEALTH  #RECREATION AND LEISURE  #SPORT  #WATERLOO
⇐SURREY LODGE DW...