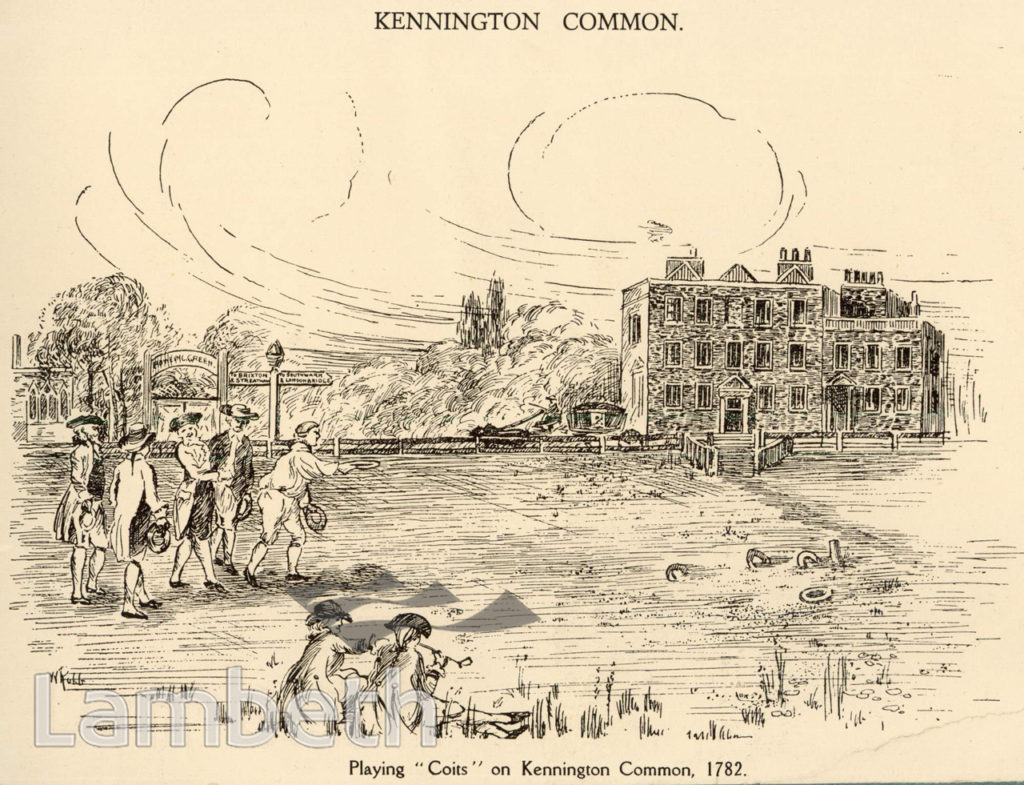 An idealised image titled 'Playing Quoits on Kennington Common, 1782', probably produced c.1900. Cricket was also played here and one of the first mentions of the game in Lambeth was in 1757 when a newspaper noted: 'On Wednesday in the afternoon, as some young men were at cricket upon Kennington Common, one of them had the misfortune to have one of his eyes struck out by the ball.'Ref: SP13/593/Ken P3