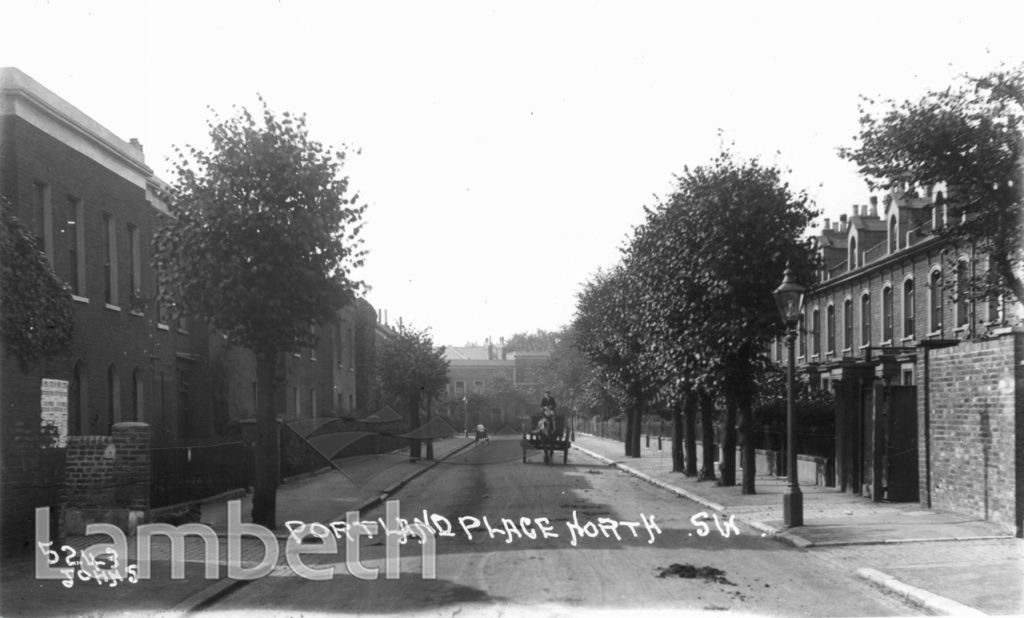 View north-east along Portland Place North, South Lambeth, which later became Portland Grove, but was largely demolished for housing in the 1960s. This street, and neighbouring Mursell Road, was laid out between 1822-30 with modest cottage-like houses being constructed, seen here on the left. Copy print from a Johns postcard.Ref: SP1425