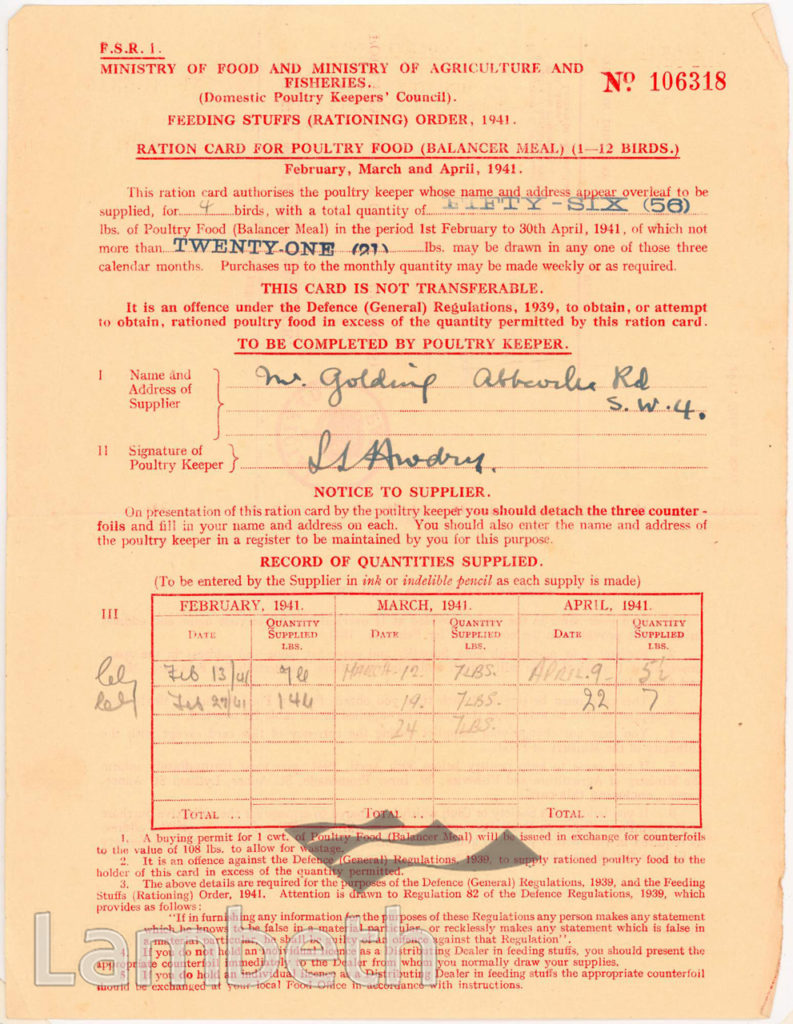 Ration form permitting Mrs Lucy Awdry to obtain poultry food for her chickens from Mr Golding of Abbeville Road, Clapham. All basic food stuffs, including those for animals and chickens, were subjected to rationing during the war. Many Londoners kept chickens in their back gardens during the war years to provide eggs and meat.From a series of albums containing newspaper and magazine clippings, assorted ephemera and a diary, kept by Mrs Lucy Awdry of 14 Franconia Road, Clapham, for the duration of World War II and recording wartime life in London. During the war Mrs Awdry volunteered with the Women's Voluntary Service (WVS) assisting with fire watch duties, and also at the Clapham War Savings Centre. Included in the Lambeth Archives Home Front project 2005.Ref: IV/169/Vol.5