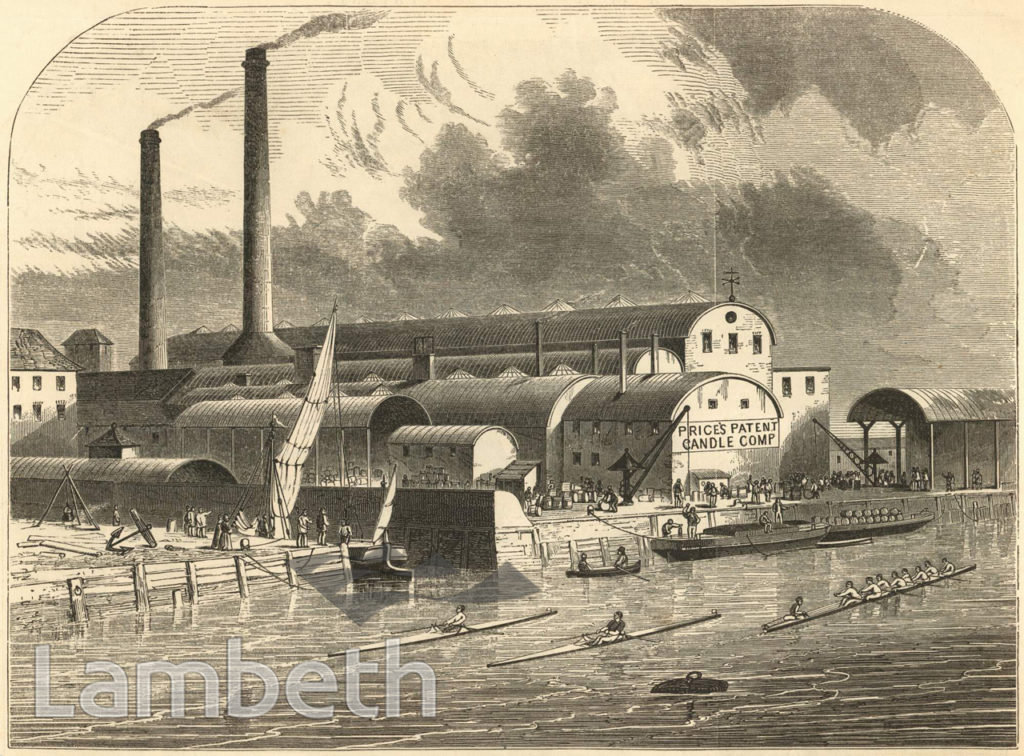 Price's Patent Candle Company's Belmont works at Vauxhall, adjacent to the mouth of the River Effra. Initially called Messrs Edward Price & Co, the company expanded rapidly and in 1847 was incorporated as Price's Patent Candle Company. They superceded the moulded tallow candle by solving 'the great problem of cheap illumination', producing the Belmont and Composite candles which had 'the external beauty of wax'. In 1849 the Belmont factory had 700 employees and used 4,000 tons of palm and cocoa-nut oil each year. During the following decade Price's moved all production to its Battersea works. A reprint from the 'Illustrated London News', originally dated 8th December 1849.Ref: 12/64 Cuttings