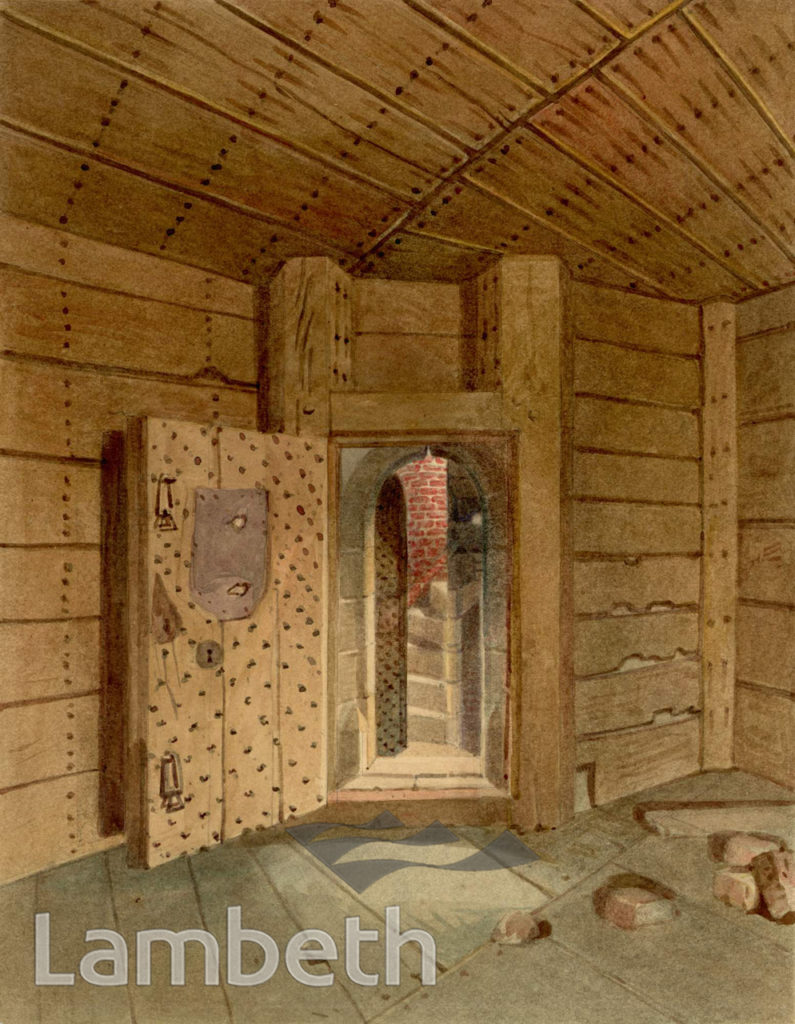 A view towards the stairs from the prison in Lollards' Tower, Lambeth Palace. The lower portion of the tower was built by Archbishop Henry Chichele in 1434-5 then known as the Water Tower, a reference to the water-gate at its base. This uppermost room was added as a prison c.1500 and first referred to as the Lollards' Tower in 1647, after the early 16th century heretics assumed to have been prisoned within. Other notable prisoners have included the Earl of Essex, former favourite of Queen Elizabeth on his way to The Tower, and Royalist poet Lovelace. The 13Â½ x 9Â½ft room is lined with oak planks and has iron rings to shackle those incarcerated. It was partially damaged by incendiary bombs in World War II. Watercolour by an unknown artist dated 1792.Ref: LP12/187/87