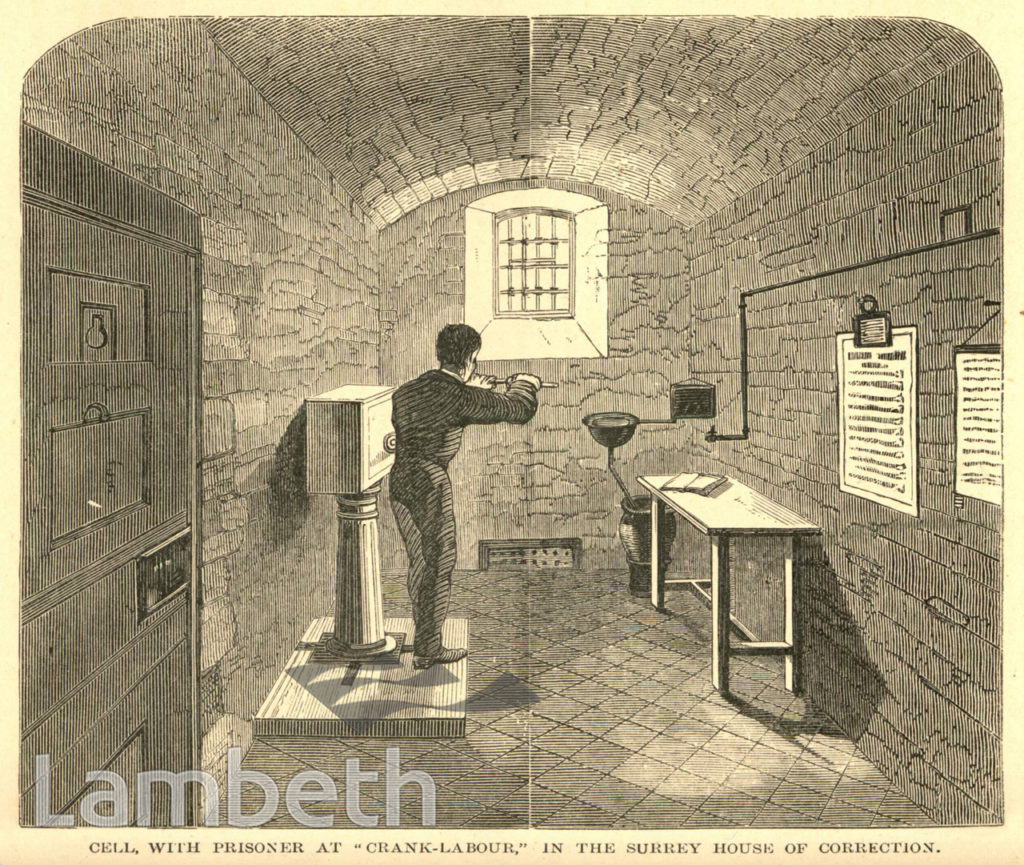 Cell with prisoner at 'Crank Labour' in the Surrey House of Correction. The prison was first built in 1819, but sold by the Surrey Justices to William Tite, who planned to demolish it and sell the building materials. However, Lord Palmerston became Home Secretary and proposed to abolish transportation of convicts to the colonies. With a looming shortage of accommodation, Tite resold the prison to the Government and it was subsequently enlarged in 1850s to house 700 women convicts. It was soon used by the Government as a military prison, but returned to civilian use at the end of the 19th century and became known as Brixton Prison.Engraving from 'London Labour and the London Poor' by Henry Mayhew, enlarged edition of 1861-62Ref: 2/17 Vol.4 p.345