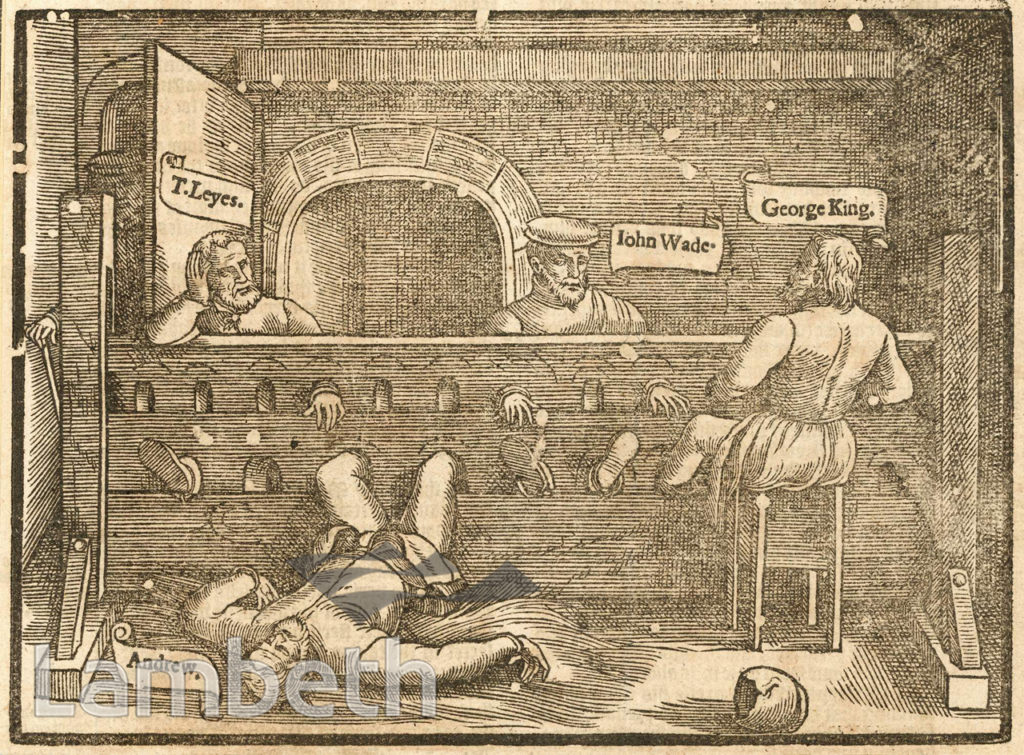 'A picture describing the straite handling of the close prisoners in Lollards Tower'. A Tudor woodcut depicting prisoners accused of heresy held in the prison at Lambeth Palace during the time of Cardinal Pole, the last Roman Catholic Archbishop (1554-58). The heretics seen here include John Wade and George King.Engraving from 'The History & Antiquities of Lambeth Palace'.Ref: 12/187