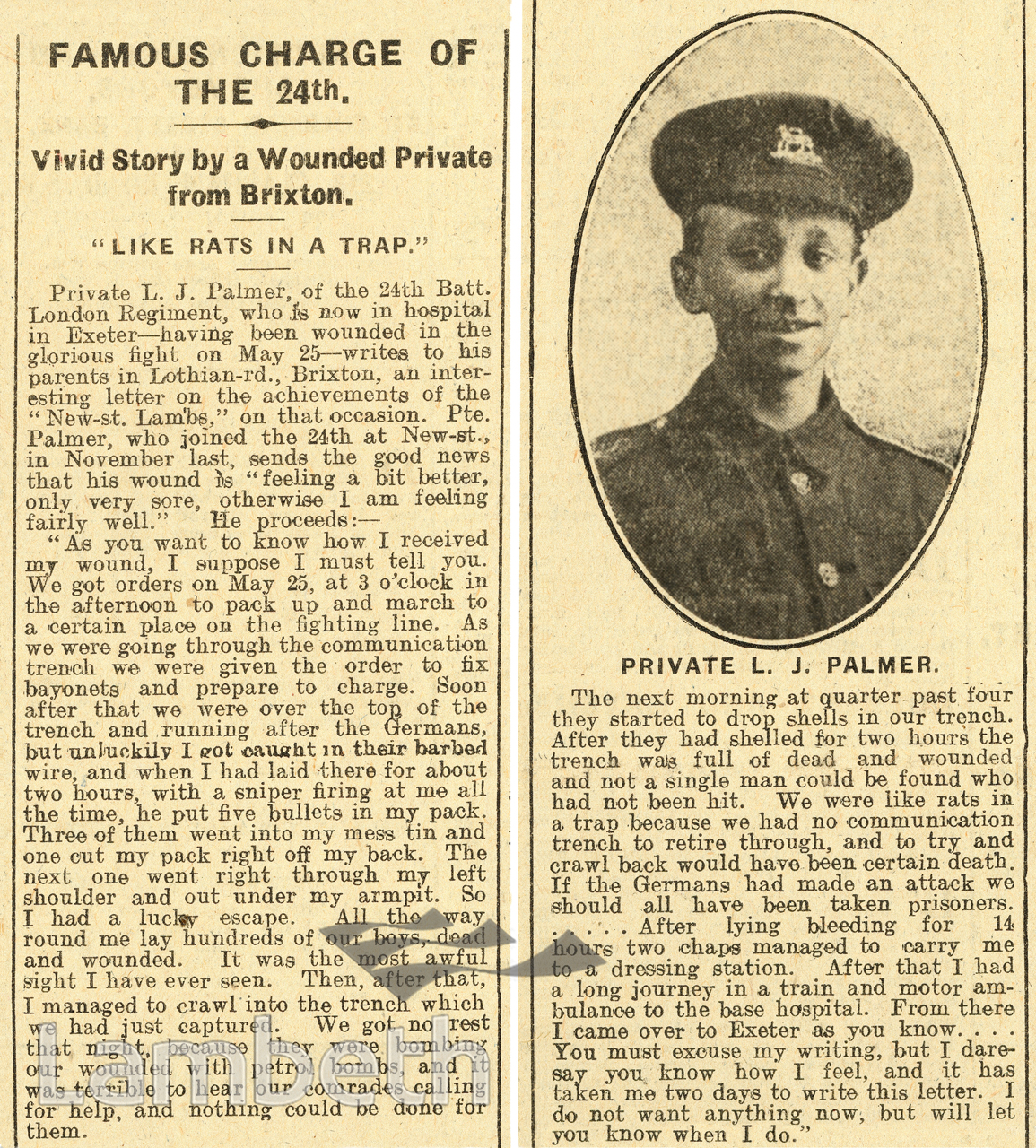 A report of a letter from Private L.J. Palmer to his parents in Lothian Road, Brixton, detailing a battle charge of the 24th Battalion London Regiment in Flanders on the 25th May 1915. Now lying wounded in an Exeter hospital, he recalls being caught in barbed wire, enduring two hours of sniper fire and being hit. All around 'lay hundreds of our boys dead and wounded. It was the most awful sight I have ever seen'. He managed to crawl into a trench which was then shelled for two hours and became full of dead or wounded men - 'we were like rats in a trap'. From the South London Press, dated 2nd July 1915 page 5.
#1901 - 1925  #BRIXTON NORTH  #Print  #WAR AND ARMED FORCES
⇐GEORGE OLIVER, ...