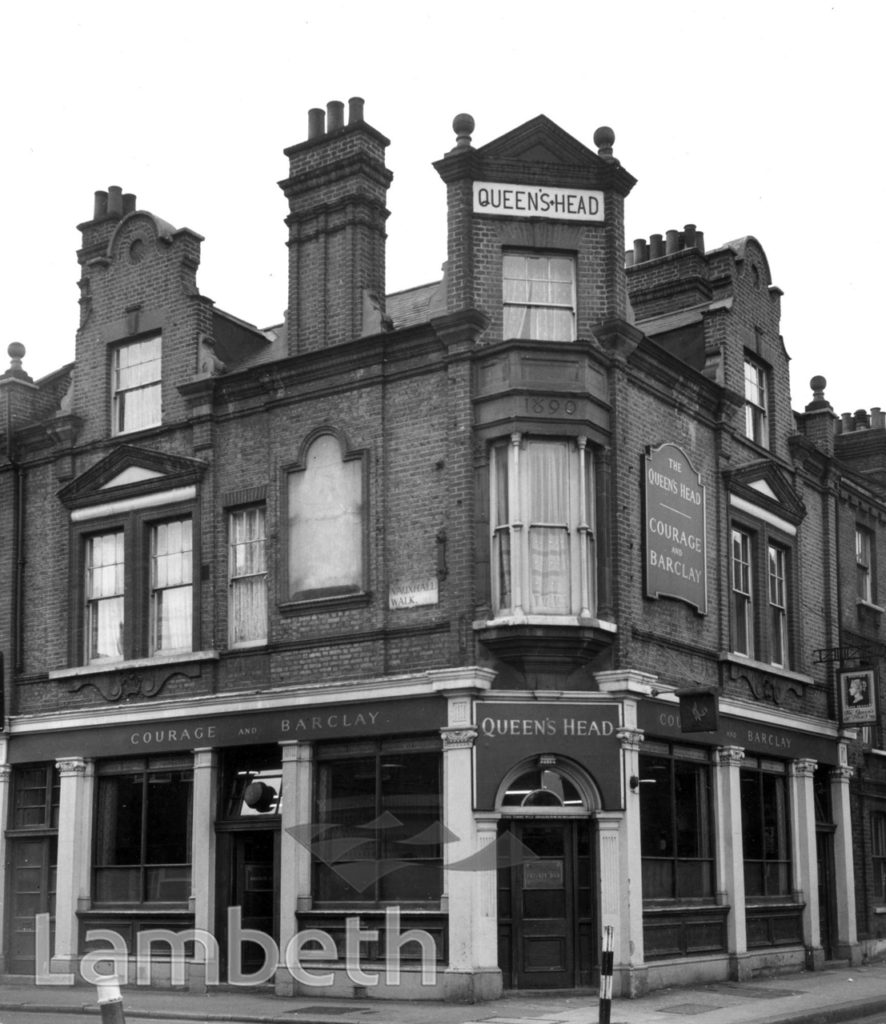 The Queen's Head public house, 71 Black Prince Road, Lambeth (previously No.48 Broad Street). The pub existed pre-1780 and was rebuilt in 1890. Initially a Free House, it was owned by Messrs Barclay Perkins and later Courage. Charlie Chaplin's uncle was the licensee in 1900. It has since closed and in 2011 became a cafe.Ref: SP12/608/QUE.1