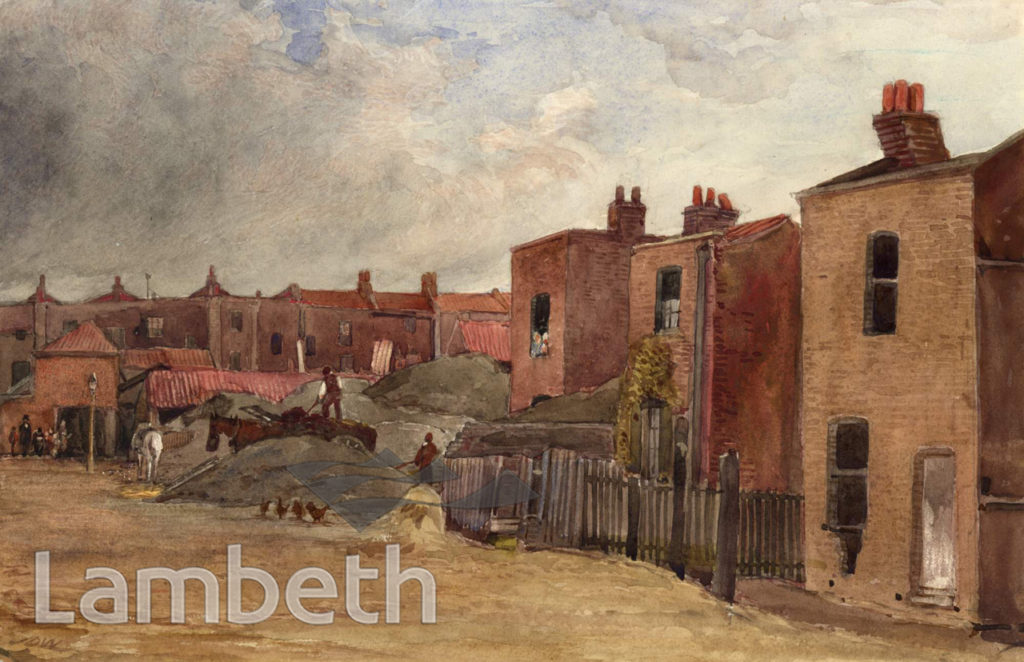 Work-yard in Doughty Street (now Newport Street) Lambeth annotated; 'Site proposed for building the new Ragged School, SW view taken from the cowyard, showing in the foreground the 3 houses, the dust heap and sheds occupied by John Wright facing Adams' Row (back of houses in Broad Street).' The school was built by Henry Beaufoy in 1851 as a memorial to Eliza his wife who had taken an interest in the school when it was held in one of the arches.Watercolour by J.D. Wingfield, dated July 7th 1848.Ref: LP103 - IV/71/133/7