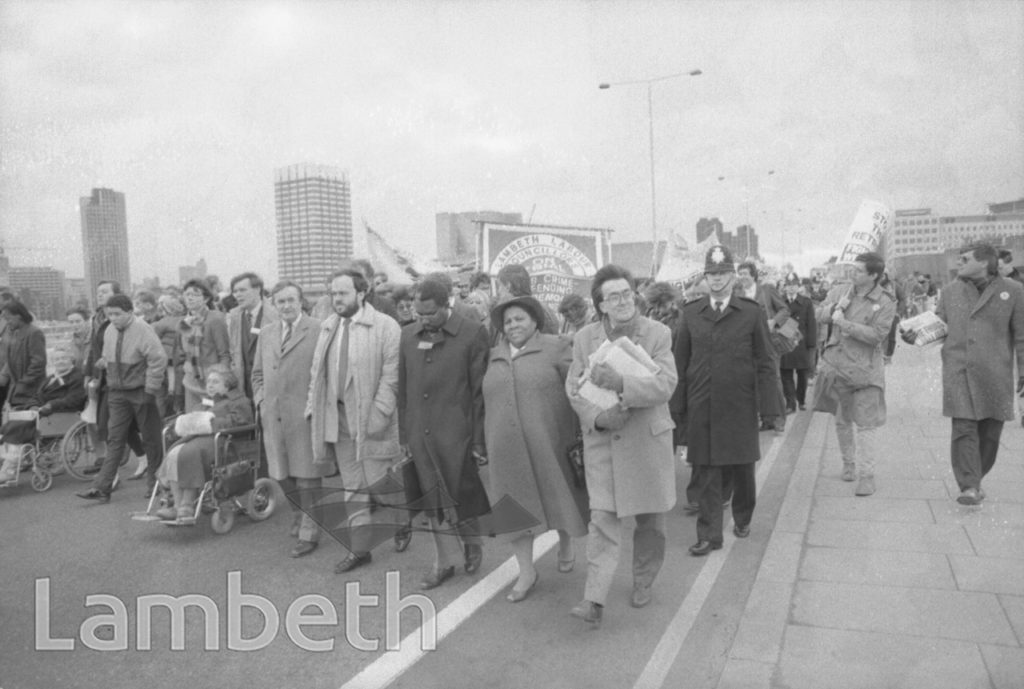 A protest march on Waterloo Bridge heading to the Royal Courts of Justice in The Strand. The march supported the Lambeth Council members who were removed from office and surcharged for not setting a rate. In the centre of the group is Ted Knight, who was the Labour council leader.From Public Relations photographs and negativesRef: 2005/1/5 PR Photos