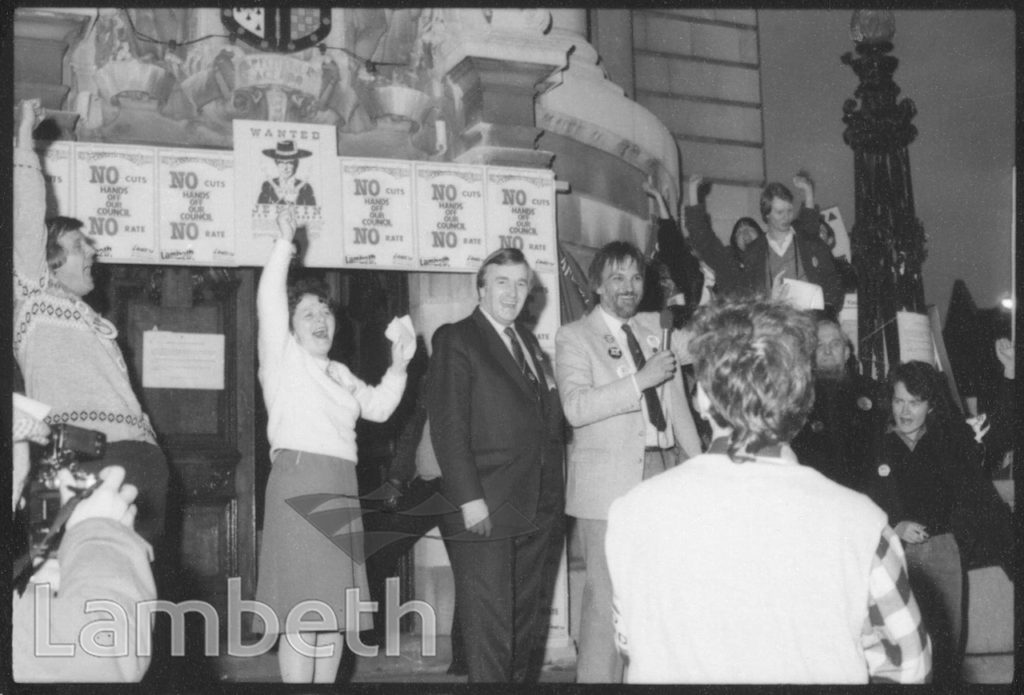 Protesters' support rally for Lambeth Leader Ted Knight outside the Town Hall after a rate-capping meeting within that put local government at odds with central government. Lambeth's refusal to set a rate sparked a political clash between the left and right wings of politics, earning the Lambeth leader the nickname 'Red Ted'.PR Department photograph dated 7th March 1985.Ref: SP4193/2