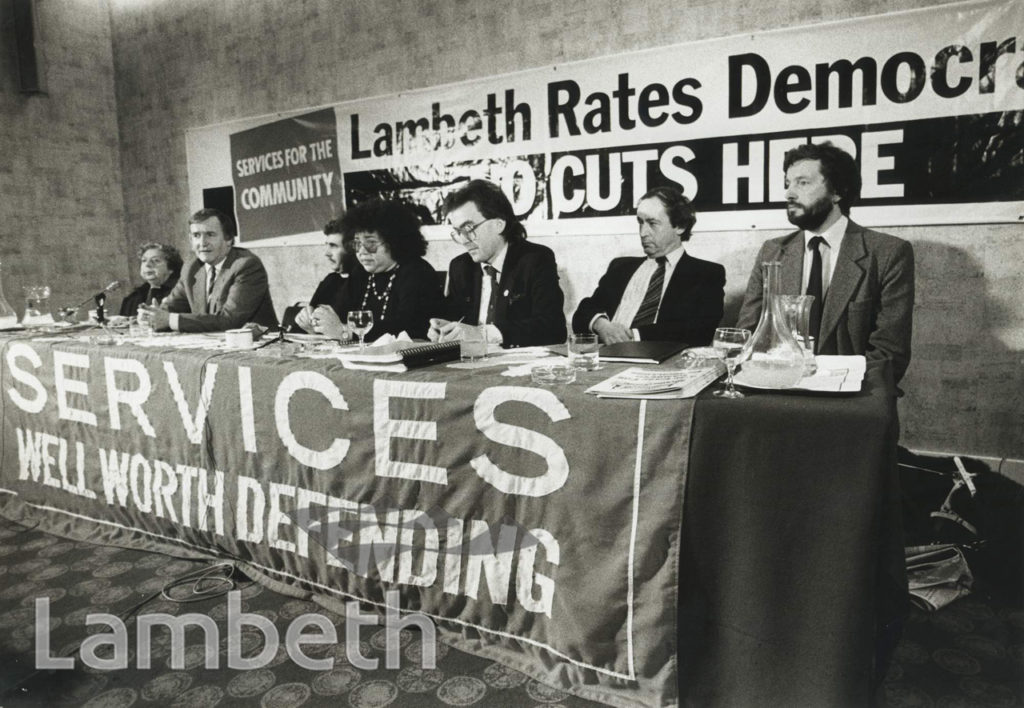 An anti-rates capping meeting held at Lambeth Town Hall, led by Ted Knight (second from left). Lambeth's refusal to set a rate sparked a political clash between the left and right wings of politics, earning the Lambeth leader the nickname 'Red Ted'. Labour MP and cabinet minister David Blunket is on the right with his guide dog adjacent.Ref: SP4255