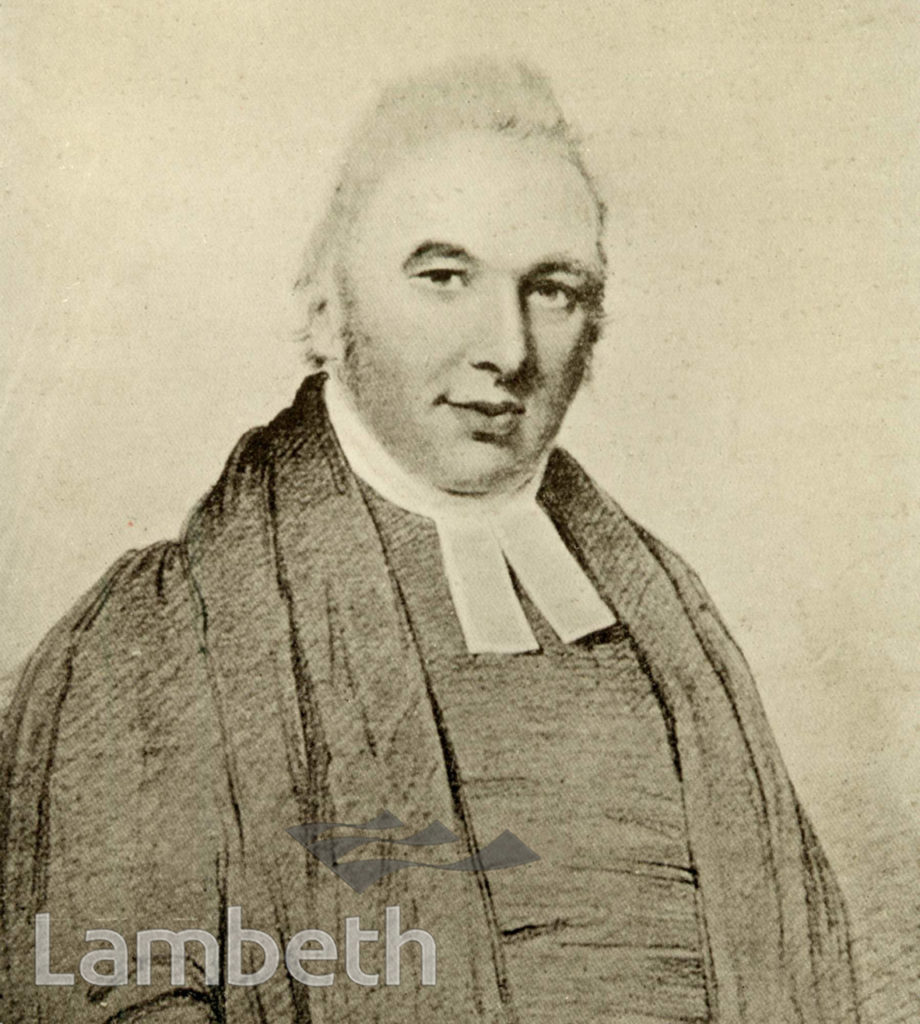 Rev. John Venn (1759 - 1813) was rector of Holy Trinity Church, Clapham Common for 21 years from 1792 and a member of the Clapham Sect. The Sect campaigned for religious and philanthropic causes, including the emancipation of African slaves. Venn was looked upon by the sect as their 'pastor and spiritual guide'. His father was Rev. Henry Venn, who had also been the rector at Clapham. Plate from 'A Sect That Moved the World' by John Telford, 1907.Ref: 22/41 RSFrom 2007 commemoration: 'Lambeth and the Abolition: Bicentenary of the Abolition of the Slave Trade 1807-2007'.