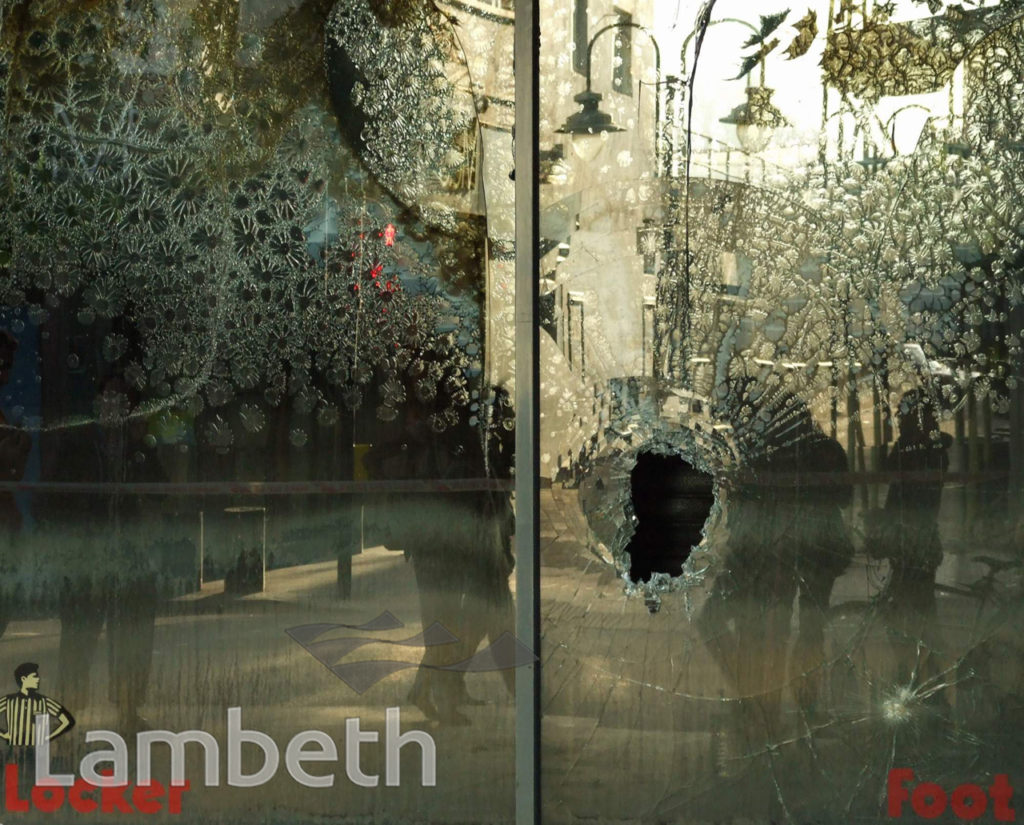 A burnt-out and looted Foot Locker store in Brixton Road following riots in August 2011. A protest march on 6th August responding to the police shooting of Mark Duggan in Tottenham, sparked 5 days of rioting, arson and looting across some London boroughs and parts of England, leading to the deaths of 5 people. Brixton was the area most affected in Lambeth with disturbances on the 8th. The so-called 'flash riot' effect originating from mobile phone use, also played a part in creating copy-cat actions, notably the text 'free stuff', which perhaps summed up many of the 3,500 crimes committed.Digital photograph dated 9th August 2011.Ref: D123/4