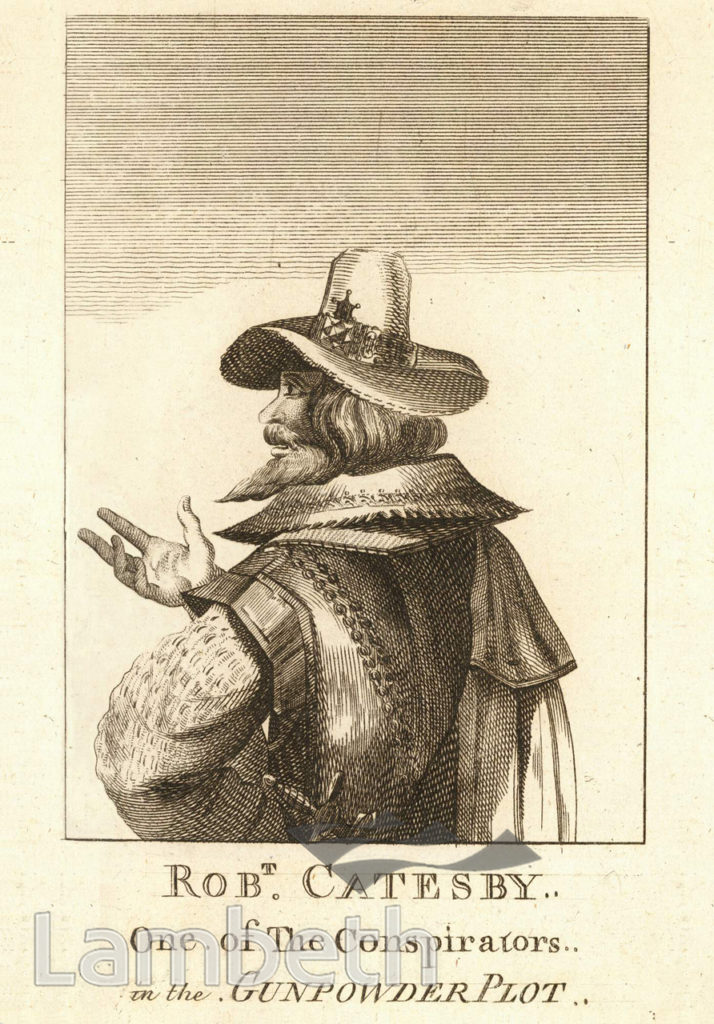 Robert Catesby, 'one of the conspirators in the Gunpowder Plot' in 1606 to blow up the parliament of James I. He was part of group who met at Guy Fawkes' house in Lambeth, near Fore Street (replaced by the Albert Embankment). The house was also used to store the gunpowder which was later rowed across the river and placed in the undercroft beneath parliament, hidden behind timber beams.Engraving published 1st July 1794.Ref: LBL/DAS/RL/1/3/5/135