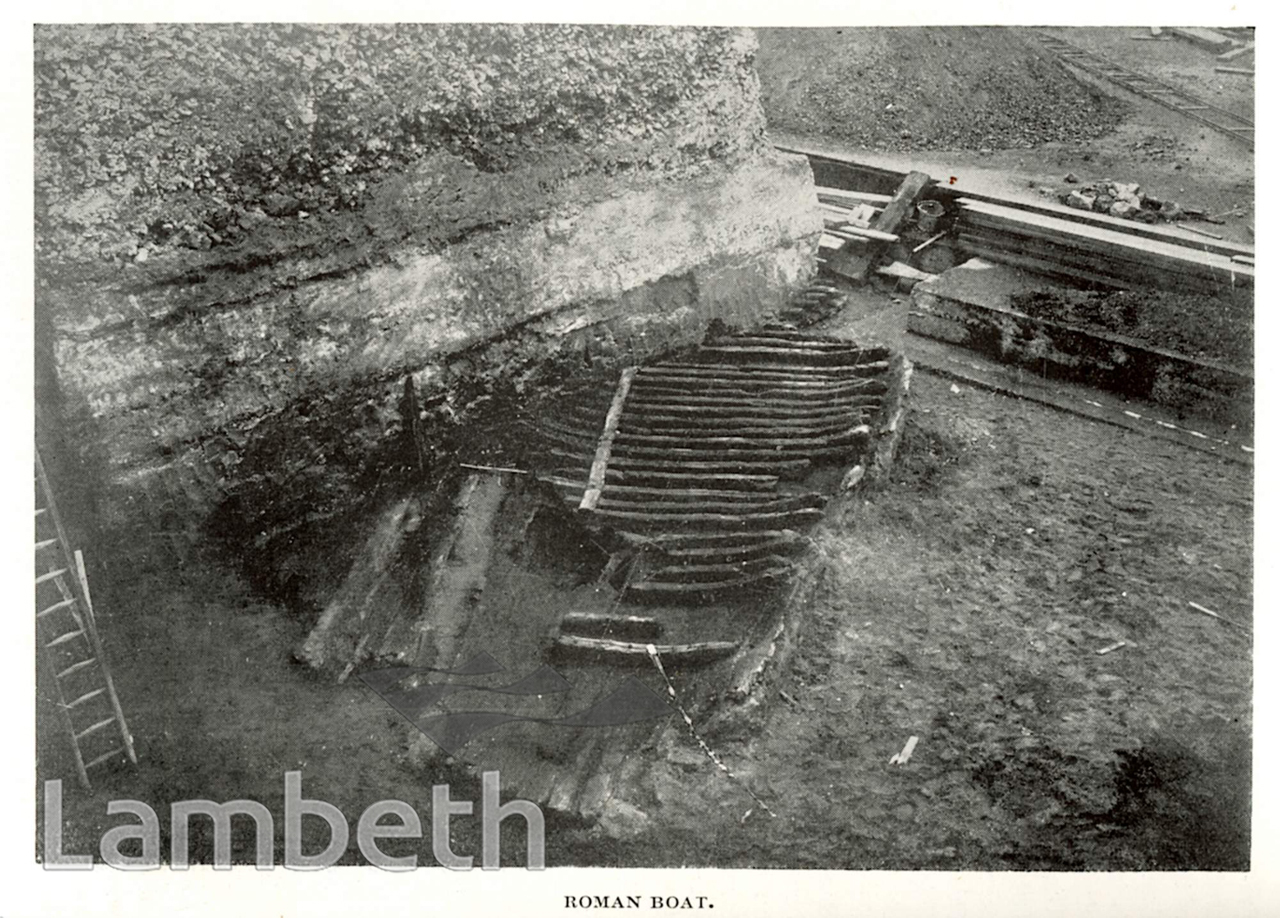 A Roman Boat found during the excavations for the raft foundation of the new County Hall under construction started in March 1911. The exact location was 40 feet below the Council chamber. The boat was about 60 feet long and from the evidence of coins found on board, dated to about the end of the third century. It is exhibited at the London Museum. Photograph published in the London County Council 'Guide to The County Hall', 1934.
#1901 - 1925  #LOCAL GOVERNMENT  #Photograph  #RIVERS AND WATERCOURSES  #Surrey Pamphlets  #WATERLOO
⇐COUNTY HALL, BE...