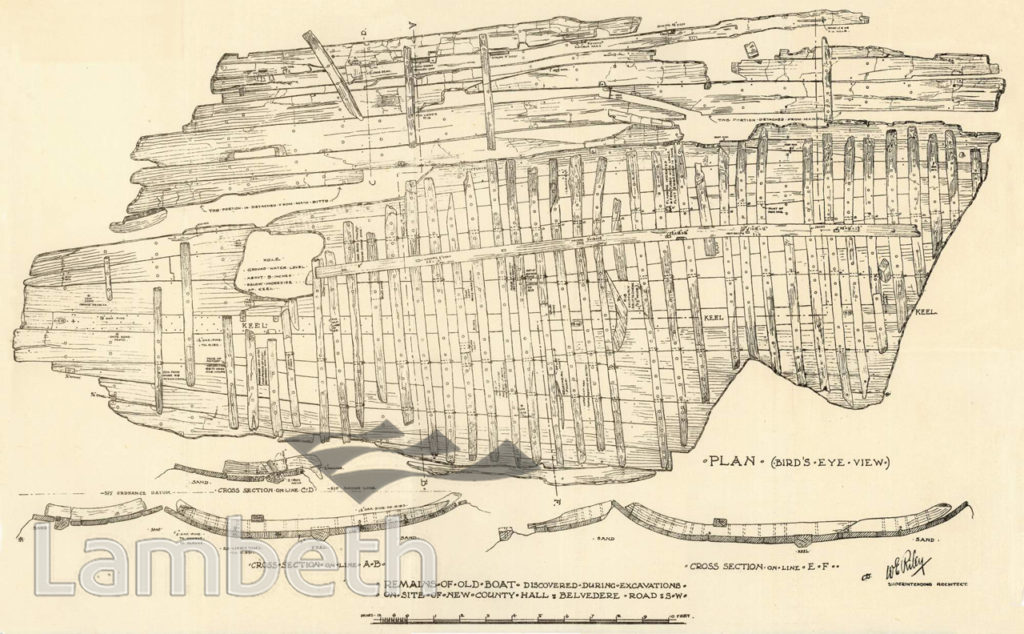 A diagram showing the remains of a Roman boat discovered in February 1910 during excavations on the site of the 'new County Hall', Belvedere Road, Waterloo. The boat is oak of carvel construction (where planks butt one against the other) and dates from the latter half of the 3rd century. It appeared to be about 38ft wide, 60ft in length with a beam of 18ft. Also found on the site were four Bronze Age coins, studded leather footwear and pottery dating from 268-296 AD.Ref: Cuttings 33