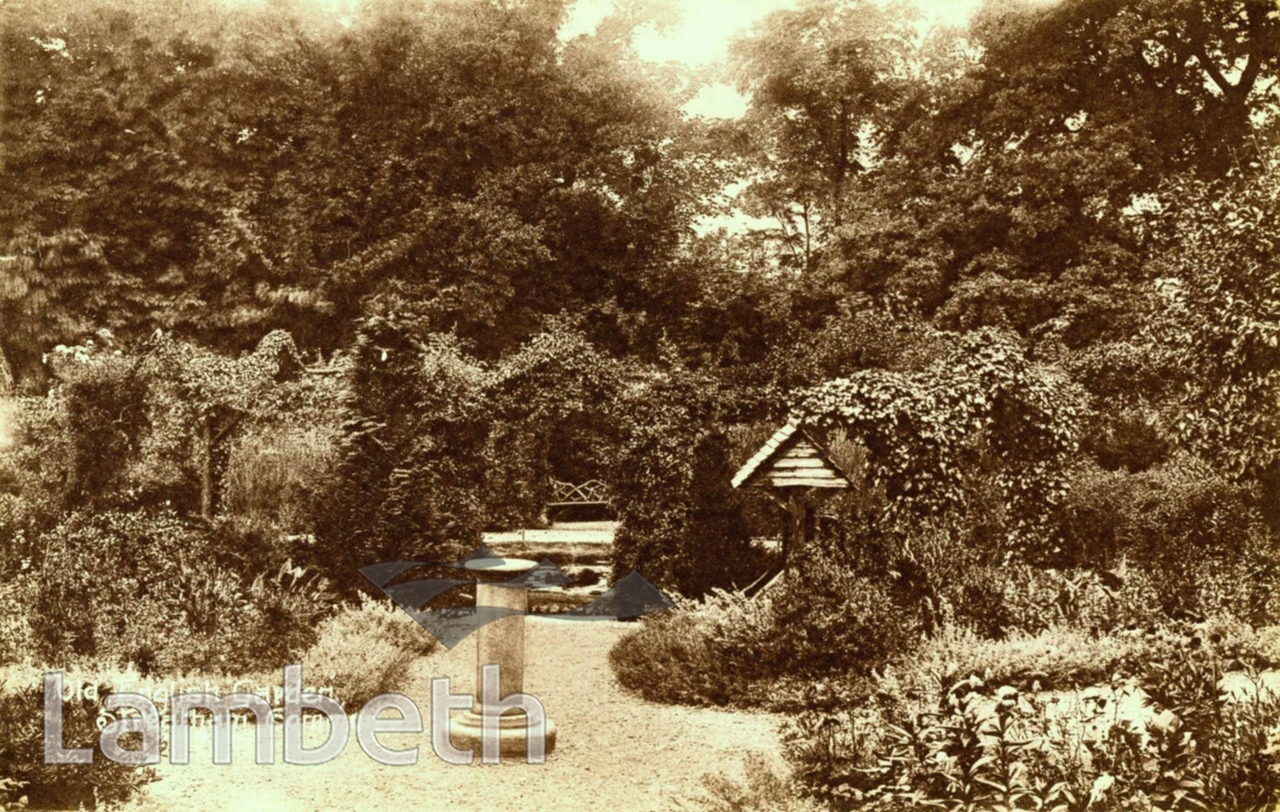 The Rookery Garden, Streatham Common. Originally part of the grounds surrounding a large house, The Rookery. The property was acquired by the LCC in 1912, the house was demolished and the garden opened to the public a year later. The sundial is seen in the centre and the pond in the background. The 'Wishing Well' on the right is the last surviving one of three that supplied the mineral Spa waters through which Streatham became famous. Postcard entitled 'Old English Garden', c.1910.
#1901 - 1925  #OPEN SPACES  #Photograph  #STREATHAM COMMON
⇐STREATHAM COMMO...