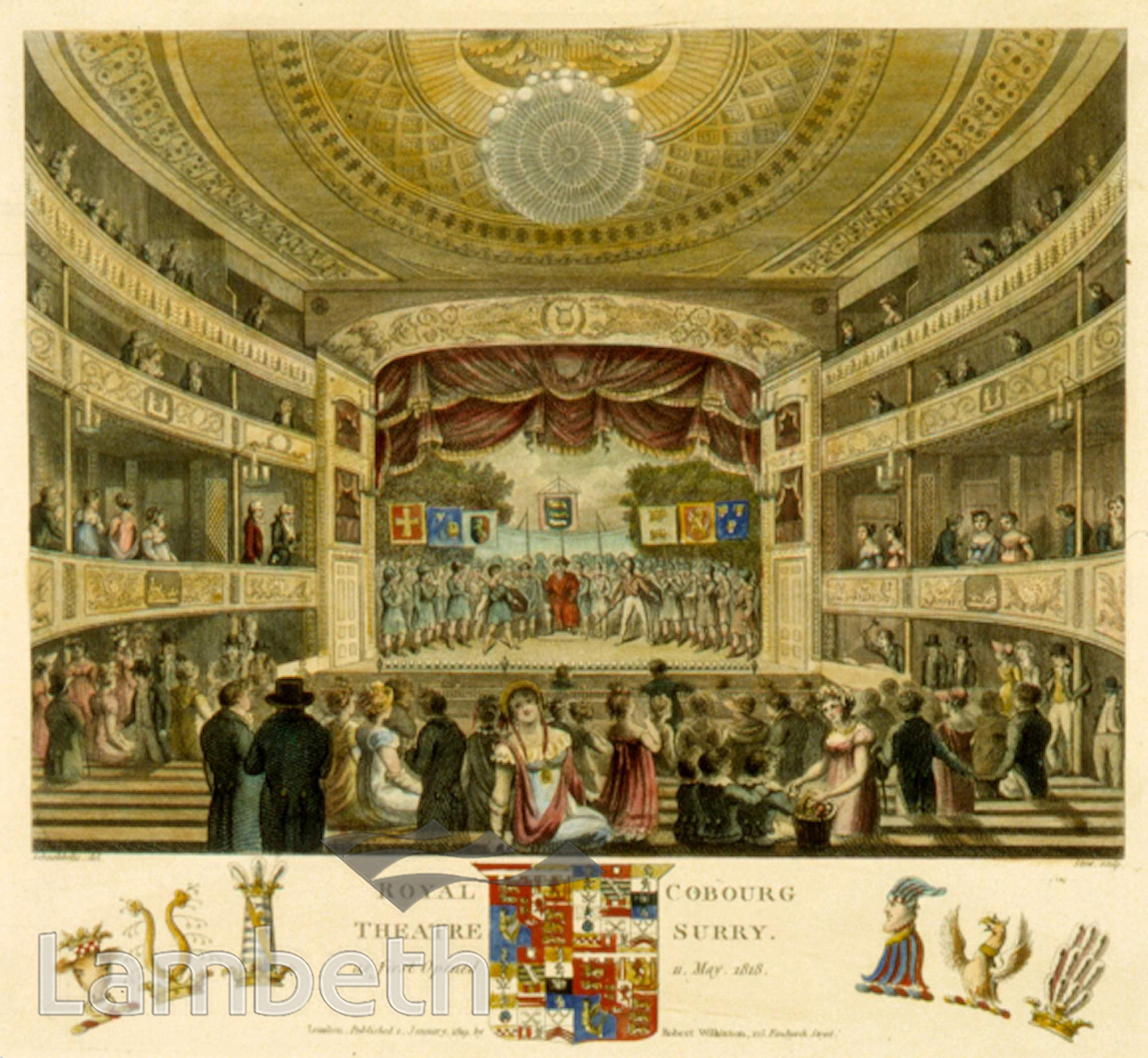 The Royal Coburg Theatre, later the Old Vic, was designed by Rudolph Cabanel and opened on 11th May 1818. The foundation stone was laid on 14th September 1816 by Alderman Goodbehere, proxy for his Serene Highness the Prince of Saxe Coburg and her Royal Highness the Princess Charlotte of Wales. This engraving of the interior shows the ornate sets and decoration including the new 'Central Lustre' lighting over the audience, during the performance of 'Trial by Battle'. Engraving drawn by Schnebbelie and published by R.Wilkinson, dated 1st January 1819.
#-Before 1850  #BAYLIS- Lilian  #BUILDINGS / ARCHITECTURE  #Engraving  #ENTERTAINMENT  #WATERLOO
⇐ROYAL COBURG TH...