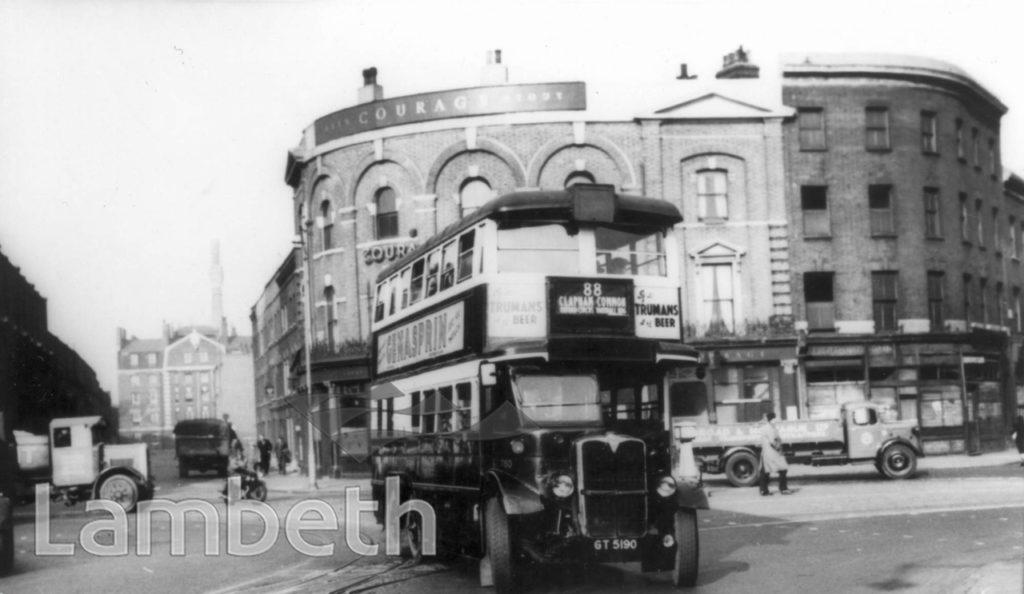 View showing bus No. 88 at junction of Kennington Lane and South Lambeth Road. Going south to Clapham Common, with Royal Vauxhall Tavern behind. The Tavern opened in 1863 and it was listed Grade II in 2015 acknowledging its architecture merit plus cultural history as London's longest-running gay venue. The Doulton Pottery works chimney can be seen in the distance.Ref: SP161