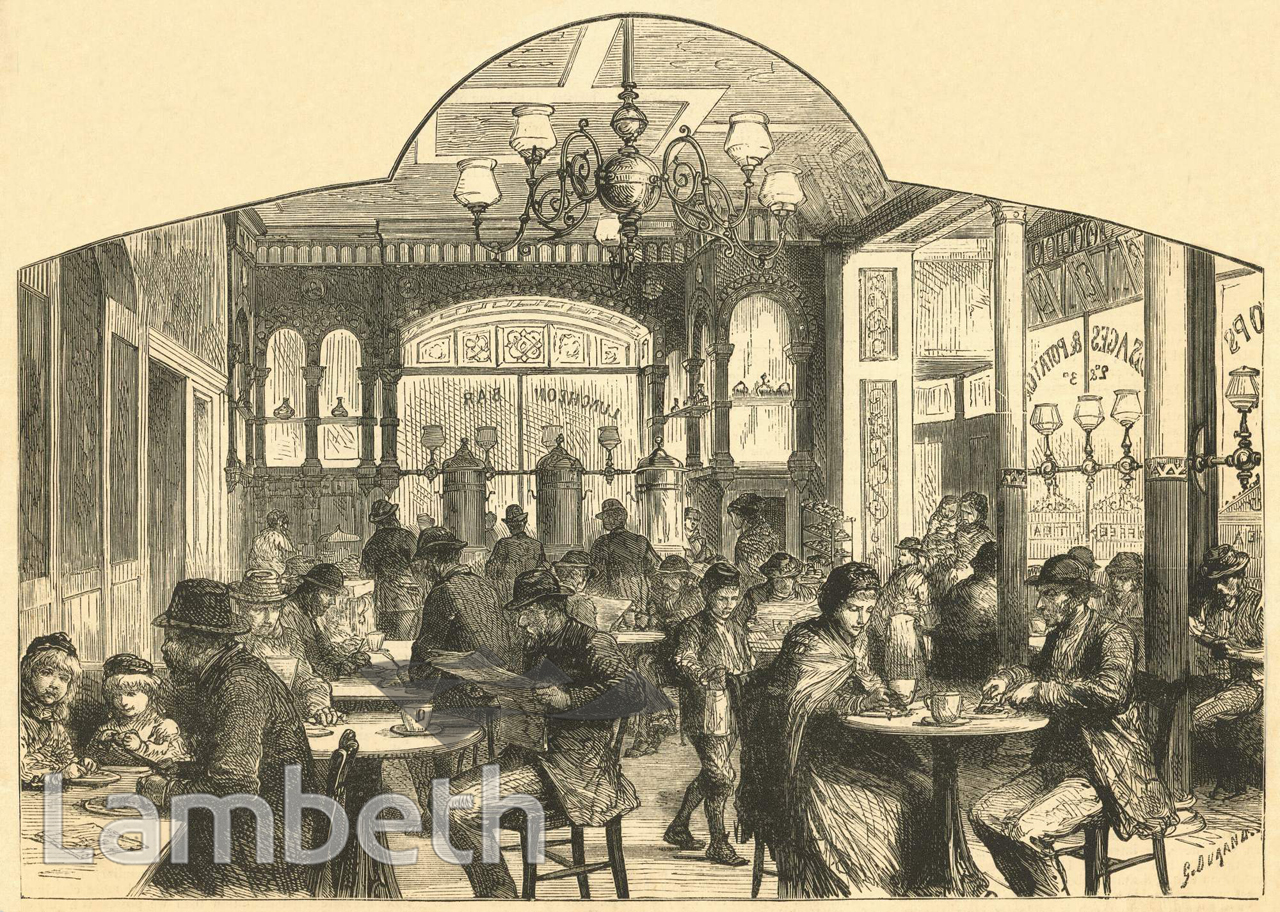 The CafÃ© at the Royal Victoria Coffee Palace and Music Hall, Waterloo Road. The image was captioned 'The cup which cheers but not inebriates'. These premises were leased in 1881 to Emma Cons, who initiated the Coffee Tavern movement, opening as a respectable establishment for entertainment with coffee and soft drinks. It is now the Old Vic Theatre. Engraving by G. Durand
#1876 - 1900  #Engraving  #ENTERTAINMENT  #FOOD AND DRINK  #People  #WATERLOO
⇐ST JAMES’...