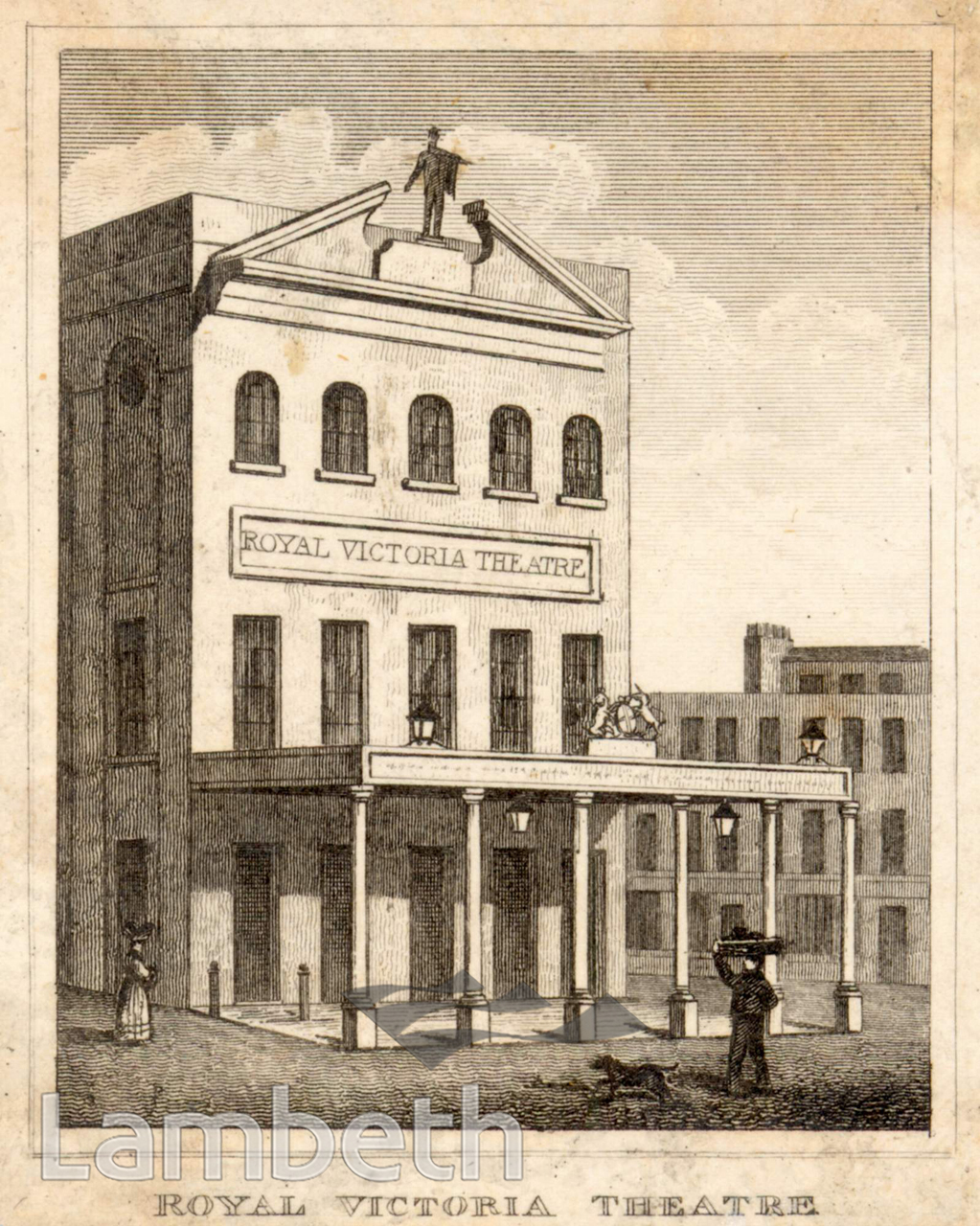 The Royal Victoria Theatre, later the Old Vic, was designed by Rudolph Cabanel and opened in 1818 as the Royal Coburg Theatre (or Cobourg). The foundation stone was laid on 14th September 1816 by Alderman Goodbehere, proxy for his Serene Highness the Prince of Saxe Coburg and her Royal Highness the Princess Charlotte of Wales. It was renovated in 1824 and again in 1833 when it was renamed the Royal Victoria Theatre. Engraving by unknown artist, c.1835.
#1926 - 1950  #BAYLIS- Lilian  #BUILDINGS / ARCHITECTURE  #ENTERTAINMENT  #Photograph  #WATERLOO
⇐THOMAS BABINGTO...