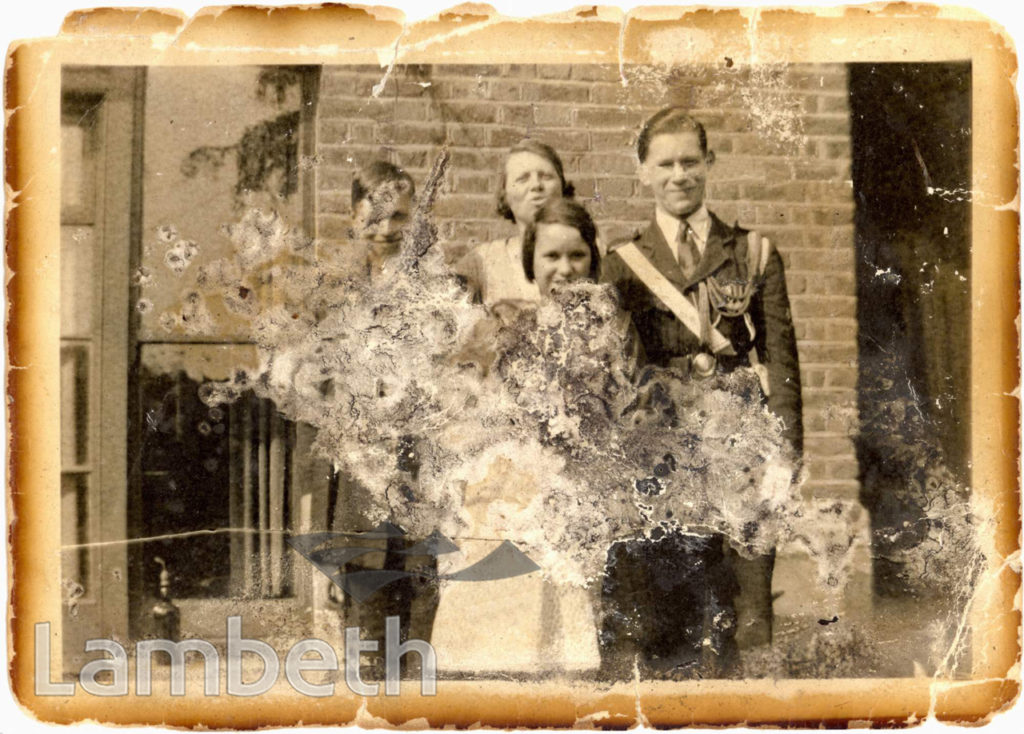 Jack Russell in Boy's Brigade uniform with his Aunty Mag, and family members. Jack Russell grew up in West Norwood, he enlisted in 1940 and was sent to India before seeing action on the Burma Front in 1944-45 in the 118 Light Ack-Ack Regiment. After the war he was promoted to Acting Regimental Sergeant Major, serving with the last of the British Raj forces in India. This photograph travelled with him and was damaged when his pack was hit during action against the Japanese near Kohima in Burma.Digital image by kind permission of Jack Russell. From the Lambeth Archives Home Front project 2005.Ref: SPd 4060/19