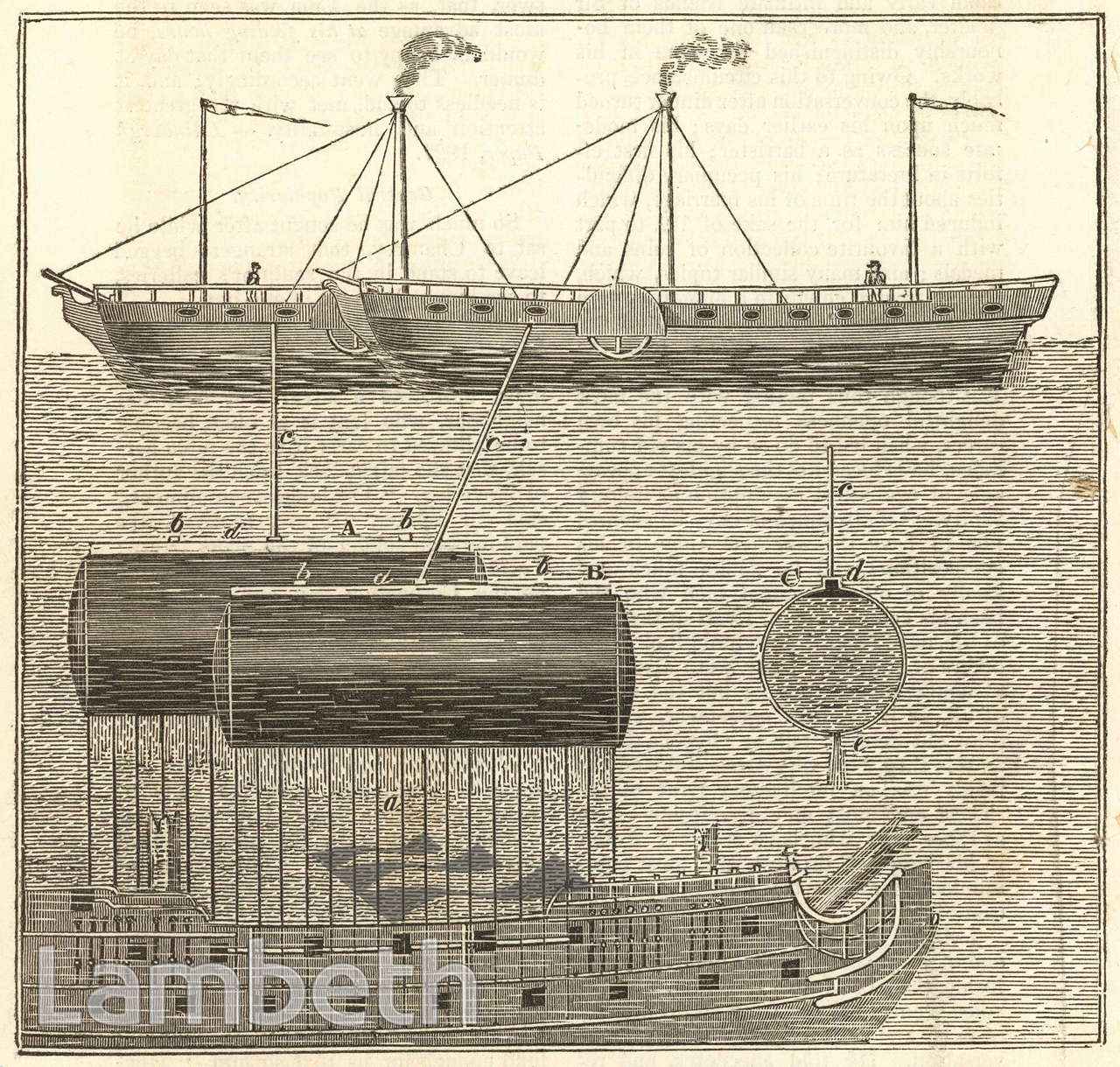 A proposed design for raising the Royal George, or other sunken vessels, by James White, Engineer of Palace Road, Lambeth. The Royal George sank off Spithead in 1782 and White's concept consisted of two large airtight tanks attached by chains to the vessel to be filled with air pumped from the ship above.Engraving from The Gentleman's Magazine, December 1832.
#-Before 1850  #COMMERCE AND INDUSTRY  #Engraving  #LAMBETH  #RIVERS AND WATERCOURSES  #TRADE
⇐RICHARD MANKS&#...