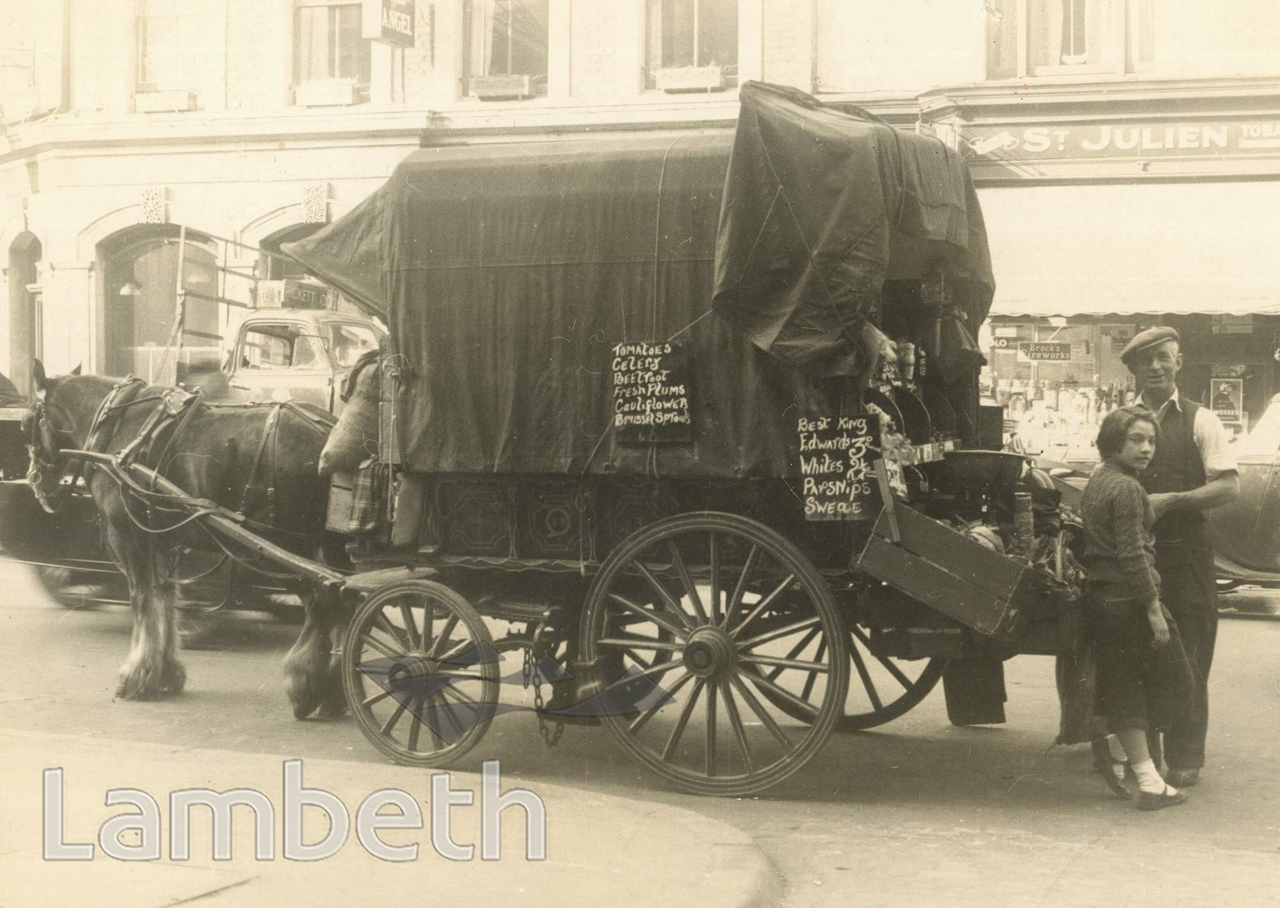 Samuel Steene with Maudie Watmore, posing with his greengrocers' wagon in Coldharbour Lane, Brixton. Sam, with his brother Harry, turned from an early age to street trading as a means of employment. Initially trading coal using a goat to transport it, the brothers progressed to a donkey and then purchased a blind pit pony. 'We would come out of school at 4.30pm and my eldest brother Charlie would be waiting with a barrow load of firewood and we would go round the streets and sell it at 2p a basket'. Not many years after this photograph was taken, Sam ceased using horse-drawn transport and purchased a van to sell his produce from.Digital image by kind permission of Mrs Iris Trunley.
#1951 - 1975  #BRIXTON CENTRAL  #Digital  #SHOPS AND SHOPPING  #TRANSPORT
⇐SAM STEENE ...