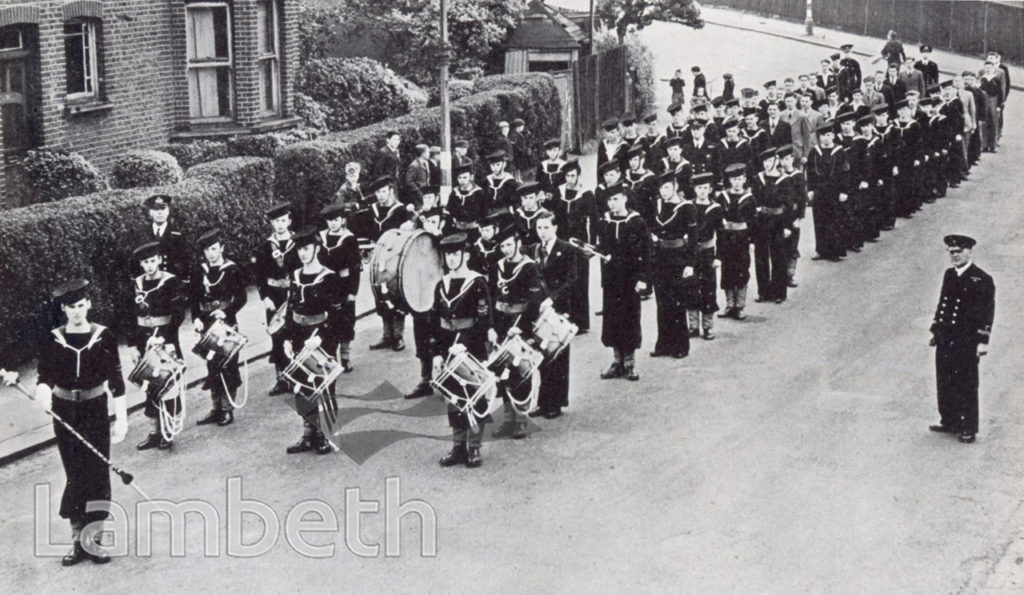 The Sea Cadet Corps, Streatham Unit No.324, was inaugurated in June 1942 and was based in a large house on the corner of Rutford Road and Polworth Road. Of the boys who joined 50 went on to join the services, of which 5 were entered for university courses and three were commissioned. Photograph from 'To, For , and About You - The People of Streatham', published by St.Leonard's Church, Streatham, 1945.Ref: 24/222 p.73