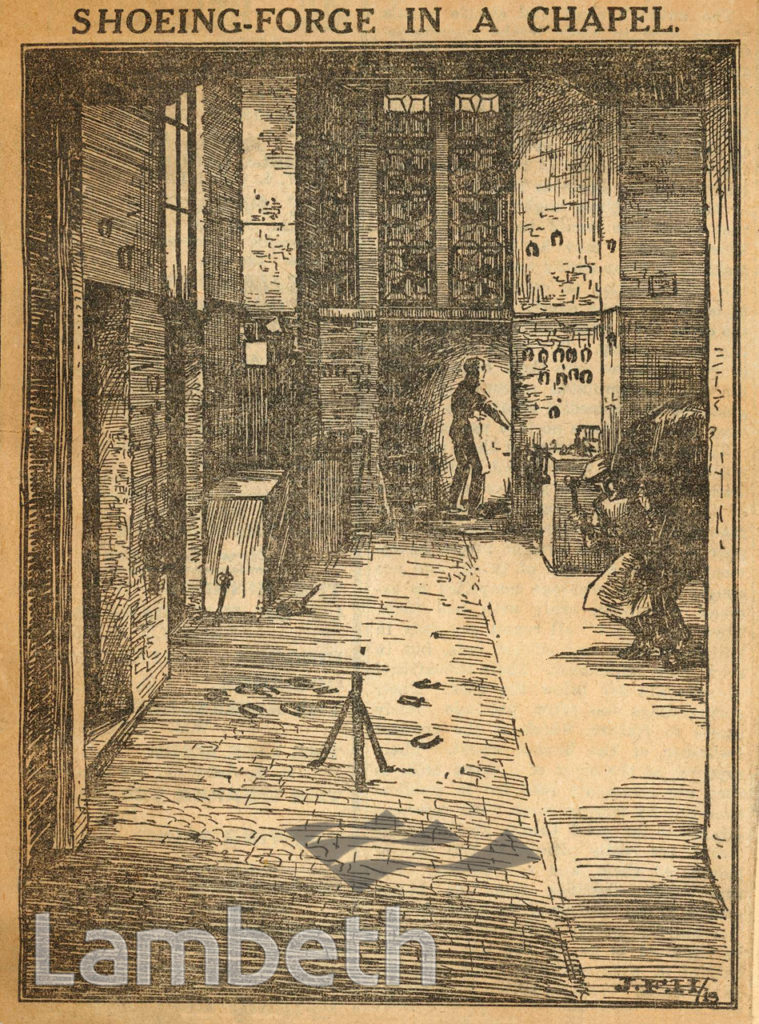 Newspaper article illustrating a 'Shoeing-Forge in a Chapel' - this building was apparently identified by the London Antiquaries as the private chapel or Oratory attached to the old Manor of Stockwell, off Stockwell Road. It was probably built by the Leigh family in the 16th century, who passed the manor to Henry VIII. Drawn by J.F.H 1913.Ref: LBL/DAS/RL/1/2/1 p.27