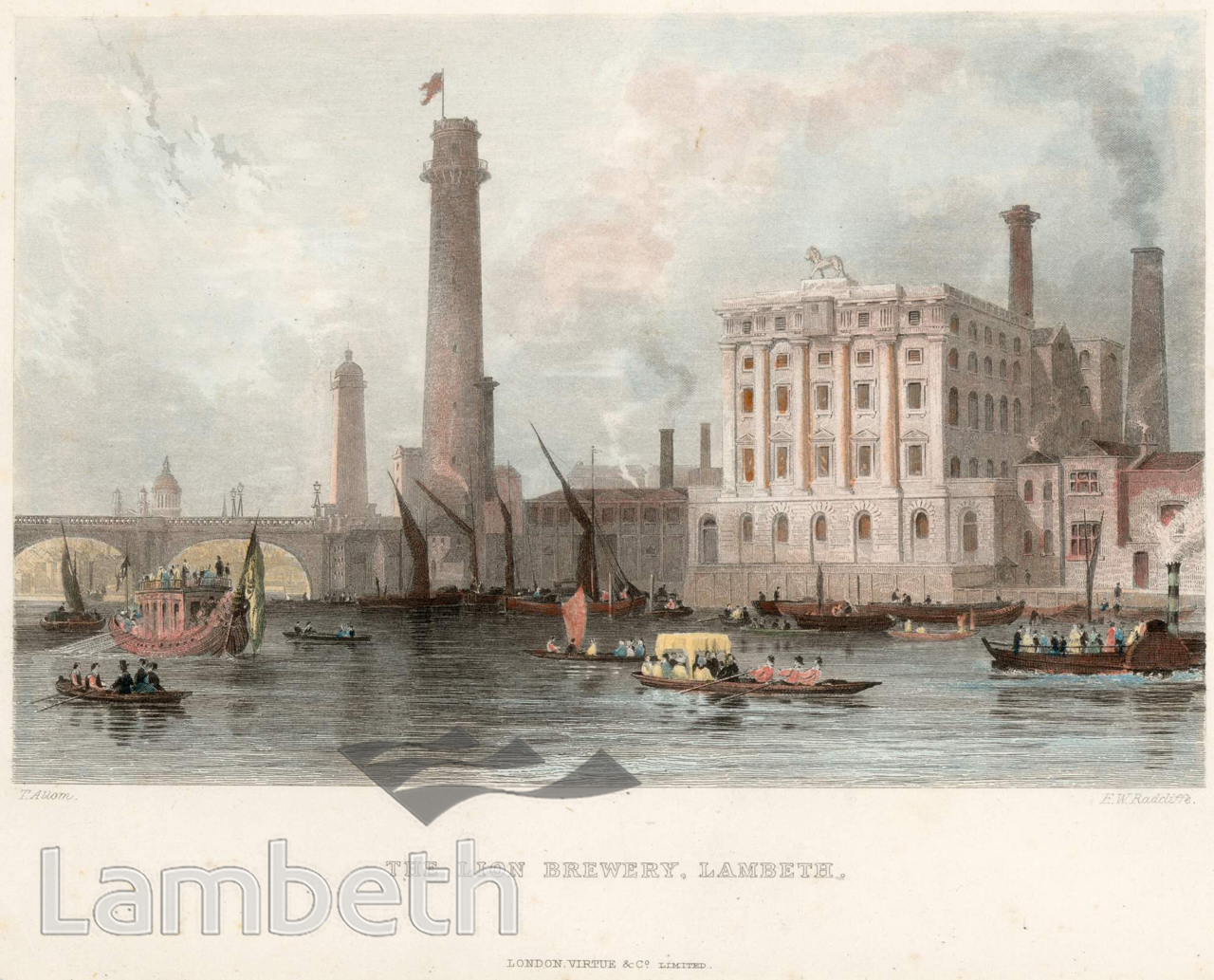 View of the south bank across the River Thames. The Shot Tower on the left was built in 1826; to its right is the Red Lion Brewery founded in 1837. Most of this site was cleared for the Festival of Britain in 1951, except the Shot Tower which survived until the 1960s. In the background to the left of the Shot Tower is the 'Old Shot Tower'.Hand-coloured engraving by E. W. Radcliffe, drawn by T. Allom.
#1850 - 1875  #BRIDGES  #BUILDINGS / ARCHITECTURE  #COMMERCE AND INDUSTRY  #Engraving  #RIVERS AND WATERCOURSES  #TRADE  #TRANSPORT  #WATERLOO
⇐SHOT TOWER AND ...