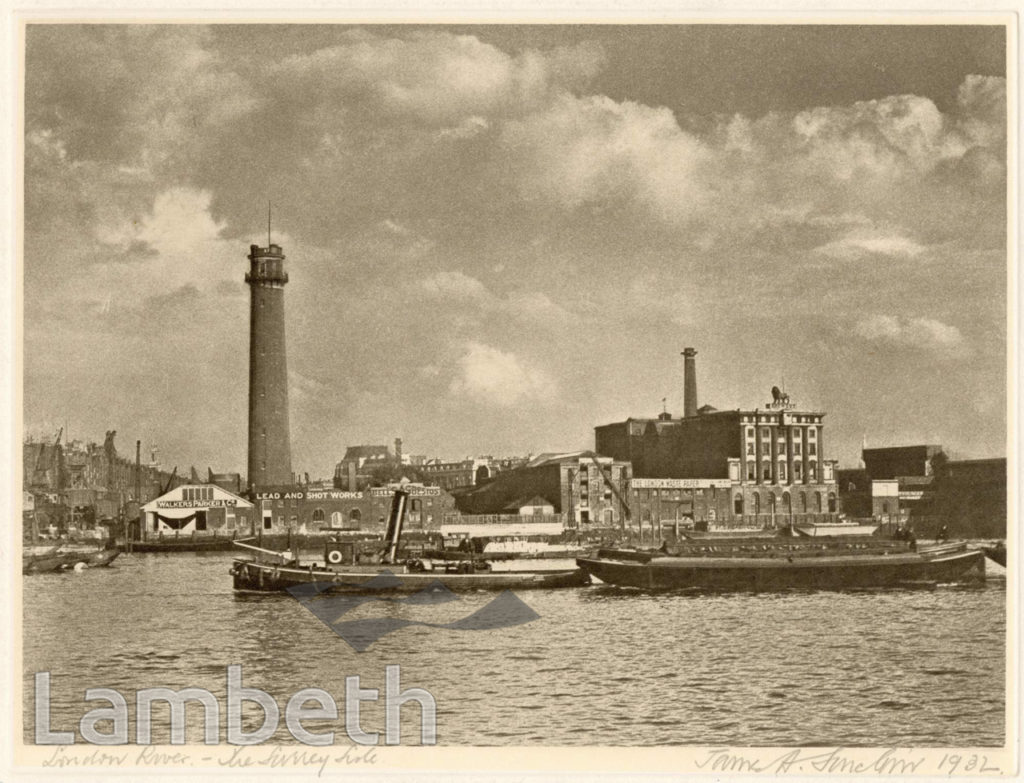 View of the South Bank from north side of Thames. On the left is the Shot Tower, built in 1826, used for making gun-shot by dropping molten lead from the top of the tower into a water tank. On the right is the Red Lion Brewery founded in 1837. This site was demolished for the development of the Festival of Britain in 1951, excepting the Shot Tower which survived until the 1960s.Ref: SP12/33/28