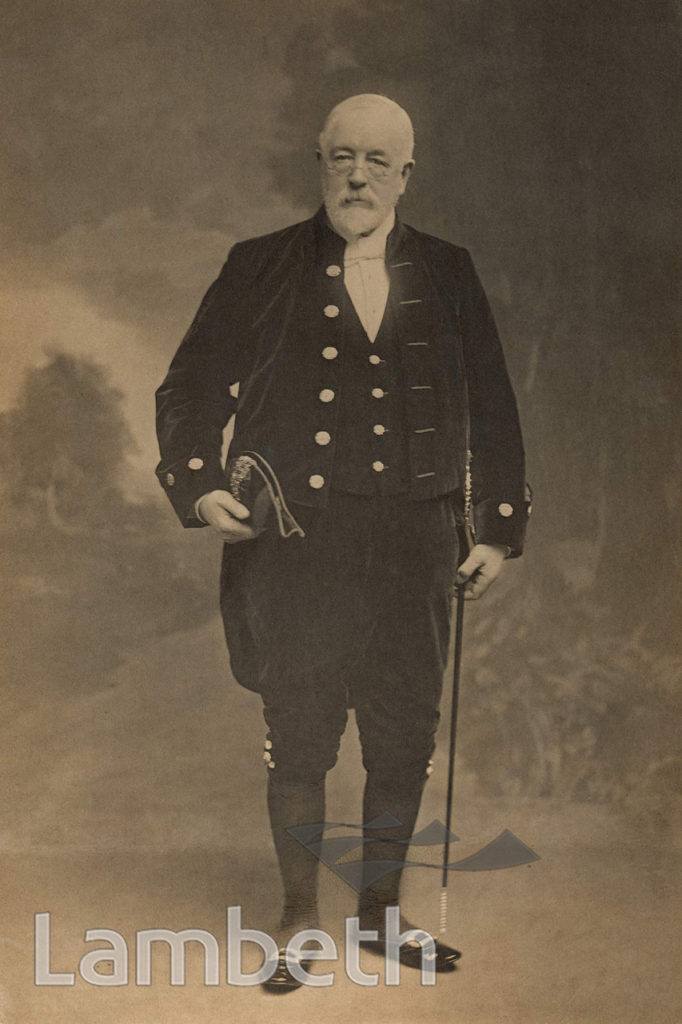 Sir Henry Tate (1819-1899) posing in livery, probably associated with receiving his knighthood in 1898. Sir Henry lived in Park Hill, Streatham and made his wealth from sugar. He was a generous public benefactor who built the Tate Libraries in Brixton, South Lambeth and Streatham. He gave his picture collection to form the Tate Gallery, Millbank. Photograph by J. ThompsonRef: SP12/41/TAT.1